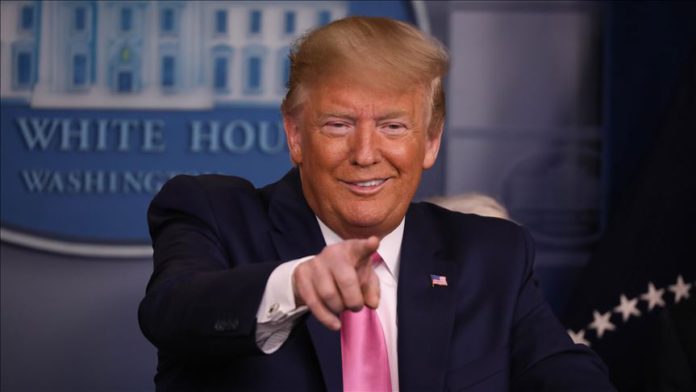 US President Donald Trump said Monday that he has been taking hydroxychloroquine, an anti-malaria drug he has repeatedly touted for the treatment of coronavirus patients.

The president said he had been taking a pill a day for a week and a half.

In April, the Food and Drug Administration (FDA) cautioned against the use of hydroxychloroquine or chloroquine for COVID-19 treatment outside of the hospital setting or a clinical trial due to the risk of heart rhythm problems.

“Hydroxychloroquine and chloroquine have not been shown to be safe and effective for treating or preventing COVID-19,” the FDA said on its website.

Trump said the White House doctor did not recommended him taking the drug, adding: “I asked him what do you think. He said, ‘Well if you’d like it.’ I said, ‘Yeah, I’d like it. I’d like to take it.'”

The president said he was taking “the zinc and the hydroxy” and “so far I seem to be okay.”

Asked what the evidence is that the drug has a preventative effect, Trump said his evidence was “positive calls about it.”

There is still no evidence that taking the drug can prevent someone from contracting the virus.

The president said he will stop taking the drug at some point and would like to have a cure or vaccine to fight the disease, which has infected more than 1.5 million people and killed over 90,000 in the US.