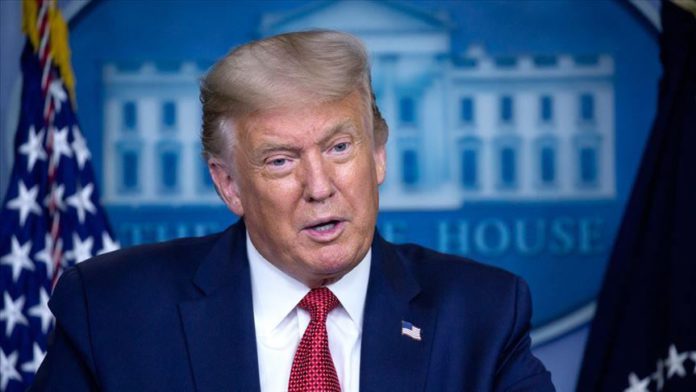 US President Donald Trump said Monday his list of Supreme Court nominees to fill the seat held by the late Justice Ruth Bader Ginsburg is down to five.

An announcement could come as soon as Friday or Saturday, depending on when Ginsburg is laid to rest, Trump said, stressing his nominee should receive a full Senate vote before the Nov. 3 presidential election amid a fierce partisan fight about her replacement.

“The bottom line is we won the election, we have an obligation to do what’s right and act as quickly as possible,” Trump said during a Fox News interview.

Ginsburg died Friday of complications from metastatic pancreatic cancer. Her death has set off a bitter fight as Democrats push to ensure the former leader of the liberal wing of the Supreme Court is not replaced by another conservative Trump nominee.

Trump has already appointed two conservative Justices — Neil Gorsuch and Brett Kavanaugh. The men are the two youngest serving justices on the court, meaning their tenure is likely to be long because justices serve without term limits.

Trump released a list of 20 potential Supreme Court nominees earlier in September, vowing to pick nominees for any future vacancies from the 20 he named. While speaking on Fox and Friends, he confirmed his shortlist includes Appeal Court Judges Barbara Lagoa, Amy Coney Barrett and Allison Jones Rushing. He declined to name the other two.

The judges are some of the youngest potential nominees. Rushing is 38, Barrett is 48 and Logoa is 52.

Even though Senate Majority Leader Mitch McConnell said in 2016 that Supreme Court vacancies should not be filled during an election year — a bid then to prevent former President Barack Obama from appointing a replacement for conservative justice Antonio Scalia who died in February of that year — he has since reneged on the statement.

Obama formally nominated Circuit Court Judge Merrick Garland to replace Scalia, but McConnell said it would be inappropriate to confirm him while the American people were about to vote on the president’s successor.

The Senate, under McConnell, took no action on Garland and his nomination expired on Jan. 3, 2017, with the end of the 114th Congress, 293 days after it had been submitted to the Senate.

Following Ginsburg’s death the majority leader has vowed to fill the seat quickly even as Republican senators Susan Collins and Lisa Murkowski have broken ranks, agreeing with Democrats that a nominee should not receive a vote until a president is elected in November.

Democrats would need to have two more Republican senators announce opposition if they are to successfully thwart a potential Trump nominee in the 100-seat Senate, which has a 53-47 Republican advantage.

An evenly split chamber would result in Vice President Mike Pence wielding a deciding vote, which he would almost certainly use to ensure the potential nominee receives confirmation.

Should McConnell successfully secure a third Trump nominee, a growing number of prominent Democrats have vowed to resort to what is known as “packing” the court.

Banking on winning a Senate majority in the election in November, when far more Republican seats are at stake than those held by the current minority party, the Democrats are warning they would increase the number of Supreme Court seats and fill them with liberal justices.

Congress has the power to set the number of justices on the court, which has been at nine since the mid 1800’s. Each party has refrained from changing the number while they held the majority for fear of retaliation.

“Mitch McConnell set the precedent. No Supreme Court vacancies filled in an election year,” Democratic Senator Ed Markey wrote Friday on Twitter. “If he violates it, when Democrats control the Senate in the next Congress, we must abolish the filibuster and expand the Supreme Court.”

He doubled down on the threat Saturday, but some Democrats have been less than enthusiastic about the idea.