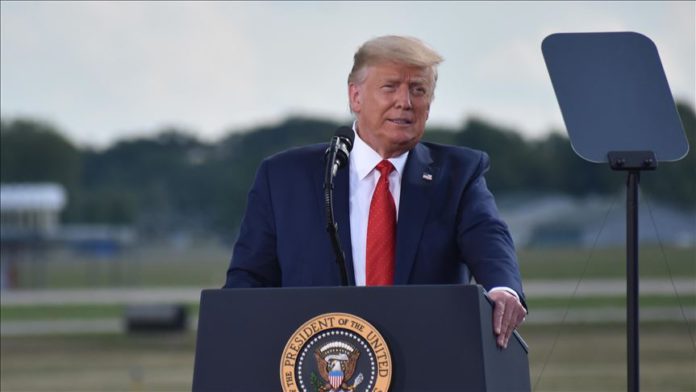 Should he best presumptive Democratic nominee Joe Biden come November, President Donald Trump said Monday he would defy the US constitution to seek a third term in office.

The Twenty-Second Amendment, which was ratified in 1951, stipulates that an individual can only be elected to the presidency for a maximum of two four-year terms, but Trump said he does not believe his first term should count because the FBI surveilled one of his campaign aides in the 2016 election.

“We are going to win four more years. And then after that, we’ll go for another four years, because, you know what, they spied on my campaign. We should get a redo,” Trump said to a boisterous campaign rally in Wisconsin.

The FBI received Foreign Intelligence Surveillance Act (FISA) court warrants in 2016 to surveil Carter Page, who was advising the campaign on foreign policy matters, on suspicions he was working with Russia to interfere in the 2016 election.

Trump and his partisan allies have cited the matter as alleged evidence the bureau was covertly spying on the campaign, claiming the court order was granted under a flimsy pretext.

The Justice Department’s inspector general said in December the process that led to a court’s granting of the FISA warrants was riddled with “significant inaccuracies and omissions.” But it cleared the FBI of being motivated by political bias in opening the investigation into the Trump campaign’s ties with Russia.

Trump’s suggestion that he would seek a third term comes as Democrats prepare to hold their National Convention that will culminate on Thursday with Biden officially receiving the party’s nomination.