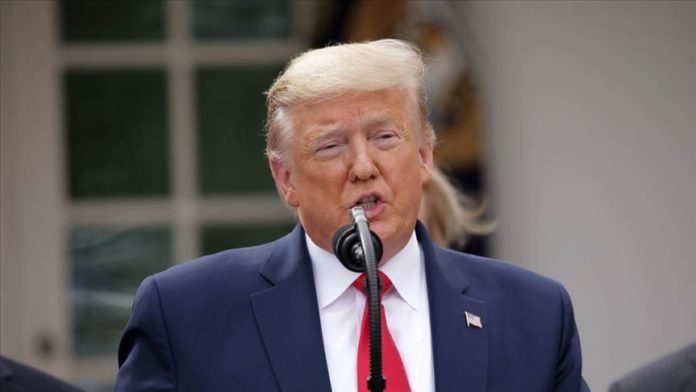 President Donald Trump has said he has never raised the issue with Russian leader Vladimir Putin of US intelligence that indicates Russia issued bounties for the Taliban to kill American forces in Afghanistan.

Trump continued to discount the assessment during an interview with Axios on HBO on Tuesday, calling it “fake,” and adding he “never discussed it” with Putin during excerpts of the conversation.

The president said the intelligence “never reached my desk,” and when pressed about why he did not raise the issue Trump said during a recent telephone call with Putin he said it “was a phone call to discuss other things, and frankly that’s an issue that many people said was fake news.”

Trump said he and Putin discussed nuclear proliferation during their latest conversation. He did not identify the names of the “many people” he said dismiss the intelligence, only saying they are “a lot of people.”

The New York Times reported in June that a Russian military intelligence unit secretly offered bounties of up to $100,000 to Taliban-linked militants for killing coalition forces, including American troops in Afghanistan.

The White House maintains Trump has not been briefed on the findings, but multiple reports said it was contained in his Presidential Daily Brief, a top secret document he receives every morning.

The reports said Trump may not have read it, but Trump maintained in the Axios interview he does “read it a lot.”

“They like to say I don’t read. I read a lot. I comprehend extraordinarily well,” he said. “I have so many briefings on so many different countries, but this one didn’t reach my desk.”

The National Security Agency has dissented from the findings of the other intelligence agencies, including the CIA, according to the Wall Street Journal.