TurkishPress
Home News Trump says he knows 'nothing' about QAnon 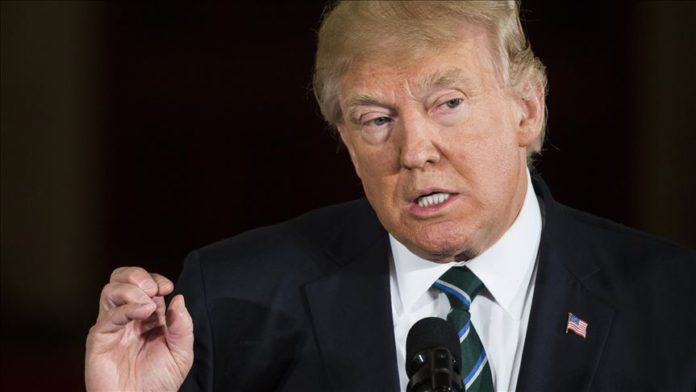 US President Donald Trump said at a town hall meeting Thursday aired by NBC News that he did not know about the conspiracy theory QAnon.

“Let me ask you about QAnon. It is this theory that Democrats are a Satanic pedophile ring and that you are the savior of that. Now, can you just once and for all state that that is completely not true and disavow QAnon in its entirety?” said NBC anchor Savannah Guthrie.

“I know nothing about QAnon. I know very little,” Trump replied.

“I just told you,” said Guthrie.

In 2019, the FBI designated QAnon as a domestic terror threat because of its potential to incite extremist violence.

The president took questions from voters in Miami, Florida during the meeting moderated by Guthrie, who co-anchors the Today show.

It was held in place of a second debate which was scheduled for today but was canceled.

He was speaking as his rival, Democratic nominee Joe Biden, took questions from voters in Philadelphia at a town hall meeting aired by ABC News.

EU to lift sanctions on Burundi