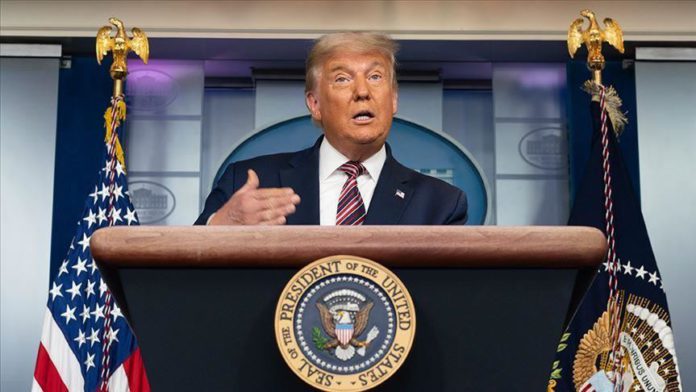 US President Donald Trump said Monday he has “terminated” Defense Secretary Mark Esper, and replaced him with the director of the National Counterterrorism Center.

“I am pleased to announce that Christopher C. Miller, the highly respected Director of the National Counterterrorism Center (unanimously confirmed by the Senate), will be Acting Secretary of Defense, effective immediately,” the outgoing president said on Twitter.

“Chris will do a GREAT job! Mark Esper has been terminated. I would like to thank him for his service,” he added.

Esper had reportedly prepared his resignation letter last week following several disagreements with Trump, including his delivery of a plan last week for renaming military installations and possibly ships and street names on bases that honor Confederate generals or leaders.

He had also broken with the president in June over Trump’s demand that active-duty members of the military be deployed to US streets to quell unrest that erupted over the unarmed killings of Black men by law enforcement.

Miller, a former special US Army officer, will now be the fifth person to lead the Defense Department during the Trump administration’s nearly four years.

Trump’s decision to remove Esper came just two days after he was projected to lose this year’s White House to President-elect Joe Biden.

Trump has refused to concede the election, and has alleged widespread voter fraud, vowing to put up a legal challenge to Biden’s victory though he has yet to substantiate his claim with evidence.