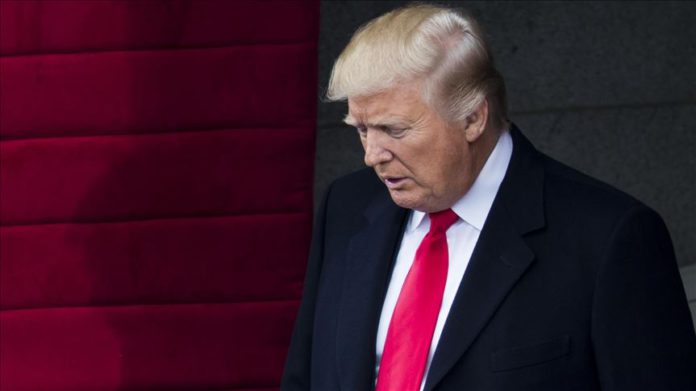 US President Donald Trump ratcheted up his anti-universal balloting rhetoric Monday, claiming he has a “right” to stop states from implementing the policy amid the coronavirus pandemic.

Addressing reporters at the White House, the president said that while he has “the right to” issue an executive order to halt the efforts, “we haven’t gotten there yet.”

“But we’ll see what happens. We will be suing in Nevada, and that’s already been taken care of,” he said. “We’ll probably be filing something tomorrow.”

Trump earlier Monday vowed to sue the southwestern state after its legislature passed a bill on Sunday to allow universal mail-in ballots for the upcoming Nov. 3 presidential contest. Governor Steve Sisolak is expected to sign the bill into law.

Nevada, along with the states of California, Vermont and five others, plan to mail all active voters ballots ahead of the nationwide election.

Trump has long claimed that mail-in ballots will lead to fraud and compromise the integrity and transparency of the election. He said in June that foreign countries would print millions of mail-in ballots to interfere with the polls.

He continued his criticism at the White House, saying that should mail-in balloting be implemented on a widespread level, it will be “a great embarrassment to our country.”

“They’re using COVID to get the mail-in ballots,” he added.

The US finds itself in the thick of the coronavirus pandemic with less than 100 days until Election Day.

“To everyone who lives in a rural area, you are not immune or protected from this virus,” Birx said bluntly during a CNN interview. “This epidemic right now is different, and it is more widespread, and it is both rural and urban.”

The US remains the country with the highest number of known coronavirus cases and fatalities, according to data compiled by Maryland-based Johns Hopkins University.

In all, the running tally has counted over 4.7 million confirmed cases in the country and more than 155,000 deaths.