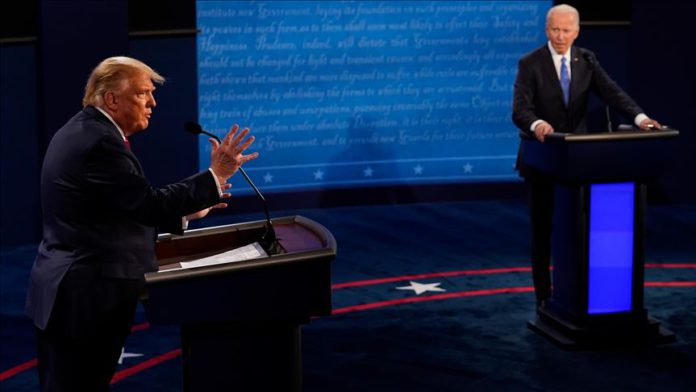 During the event in Nashville, Tennessee, they were both asked how they would unite more than 500 migrant children separated from their families.

“The children are brought here by coyotes and lots of bad people, cartels, and they used to use them to get into our country,” said Trump.

“Coyote” is a common term for human smugglers along the US-Mexico border.

The president said it was Democrats, not him, that built the cages where the children are kept after being separated from their parents.

When asked if he had any plan to reunite the children, Trump said “yes, we are working on it…We are trying very hard.”

Biden said the children had in fact entered the country with their parents.

“These 500-plus kids came with their parents. They separated them at the border to make it a disincentive to come to begin with. We’re tough. We’re really strong. And guess what. Coyotes didn’t bring them over.

“And it makes us a laughing stock and violates every notion of who we are as a nation,” he said.

According to the American Civil Liberties Union, lawyers cannot find the parents of 545 migrant children separated by the Trump administration. About two-thirds of those parents were deported to Central America without their children.