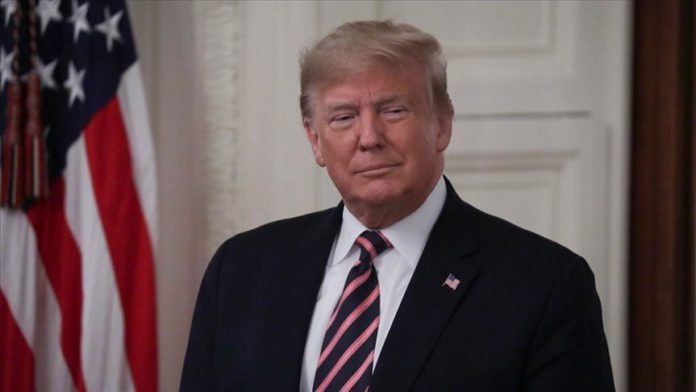 US President Donald Trump said in remarks aired Friday that chokeholds should “generally” be ended as part of policing tactics following the death of George Floyd who died after a police officer knelt on his neck for nearly nine minutes.

“Generally speaking, I think it should be ended,” he said during a Fox News interview, claiming what he wants is “really compassionate but strong law enforcement.”

“You have to be careful,” the president said, agreeing that there is a “sliding scale” for determining when a chokehold is appropriate. “The concept of chokeholds sounds so innocent, so perfect.”

Protests nationwide have continued for over two weeks in response to Floyd’s May 25 death.

He died in police custody after a white Minneapolis, Minnesota police officer knelt on his neck while he was pinned on the ground for eight minutes and 46 seconds. The since-fired officer held the position even after Floyd appeared to lose consciousness.

Minneapolis has since agreed to ban chokeholds and neck restraints.