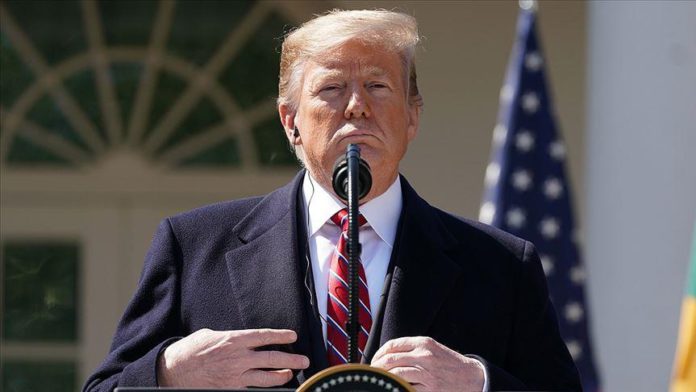 US President Donald Trump said Wednesday that those involved in the deadly Capitol riot last week will face justice.

In a video issued shortly after being impeached by the House of Representatives, the outgoing president said he “unequivocally” condemned the violence and “no true supporter of mine could ever endorse political violence.”

“No excuses, no exceptions. America is a nation of laws. Those who engaged in the attacks last week will be brought to justice,” said Trump. “Now, I am asking everyone who has ever believed in our agenda […] to ease tensions, calm tempers and help to promote peace in our country.”

The president, however, made no mention of the impeachment vote in his remarks, focusing only on the storming of the Capitol building and asking Americans to refrain from violence and obey the instructions of law enforcement.

Earlier, the House of Representatives voted to impeach Trump on a single article of incitement of insurrection, making him the first president in US history to be impeached twice.

Turning to a ban on pro-Trump social media accounts, which he called an “unprecedented assault on free speech,” the president said “the efforts to censor, cancel and blacklist our fellow citizens are wrong and dangerous.”

“What is needed now is for us to listen to one another, not to silence one another,” he added.

A mob of Trump’s supporters stormed the Capitol building on Jan. 6 in an attempt to stop the process of certifying Electoral College votes for President-elect Joe Biden.

The riots caused the deaths of five people.