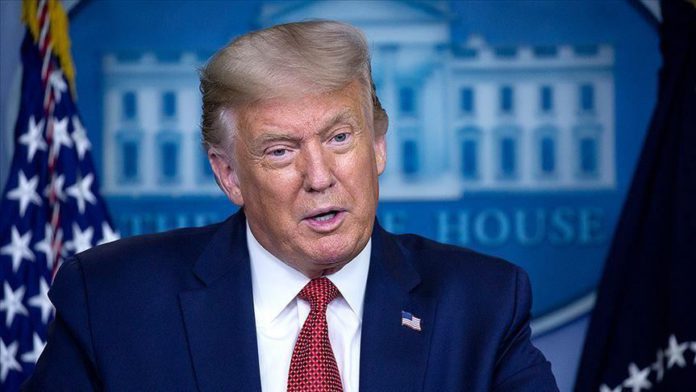 US President Donald Trump criticized his opponent Joe Biden remaining silent about the Democrat plans to introduce more seats for the Supreme Court, also known as the court packing.

“They’re going to end the filibuster and they’re going to do things that you wouldn’t have thought,” Trump told in an interview on Fox News late Thursday night, hours after Biden said in Phoenix, Arizona that he will announce his position on the issue after the 2020 presidential election.

Republicans want to have Judge Amy Coney Barrett on Supreme Court before the Nov. 3 election to fill the seat vacated with Justice Ruth Bader Ginsburg’s death in September, while Democrats want to wait until after the election.

Trump has also been trying to fill the vacant seat on the Supreme Court before the election to break a potential 4-4 tie between justices, since any legal dispute amid the election has the possibility of ending up in the court, like the 2000 presidential election.

Trump, however, argued that Democrats would try to pack the Supreme Court with their judges to prevent a conservative majority in the US’ highest federal court.

“If they ever got in, day one, this would be the first move they make, to end the filibuster — the nuclear option, as they call it — and they will do that,” he said.

While the president reiterated his statement that he will not participate in the upcoming virtual presidential debate with Biden on Oct. 15, he also argued that Biden, 77, would not last three months in the White House and his running mate Kamala Harris, a senator from California, would take over.

“She’s the most liberal person in the Senate. She’s not a socialist, she’s a step beyond socialism,” he told.

Trump continued his skepticism over mail-in ballots for voters who prefer not going to the polls in-person on Nov. 3 due to COVID-19.