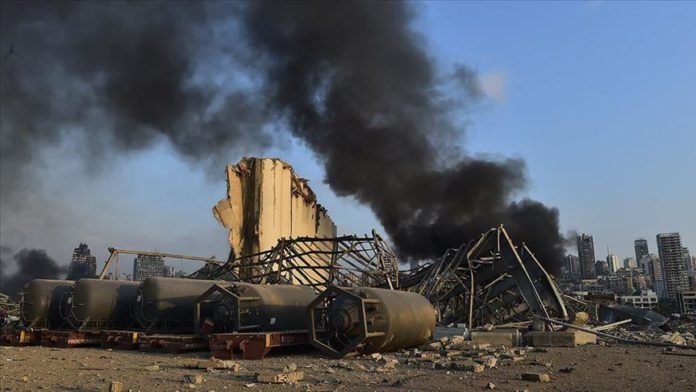 US President Donald Trump claimed Tuesday that a devastating blast that sent shockwaves through Beirut and the region “looks like a terrible attack.”

The president did not elaborate further, but Lebanese authorities have said a fire at a warehouse containing explosives at the Port of Beirut led to the massive blast, which leveled a three-story building and was heard across the city and its suburbs.

Trump extended the US’s “deepest sympathies to the people of Lebanon, where reports indicate that many, many people were killed.”

“Our prayers go out to all the victims and their families. The United States is ready to assist Lebanon,” Trump told reporters at the White House. “We will be there to help. It looks like a terrible attack.”

Lebanese Health Minister Hamad Hasan said early Wednesday in Lebanon that the death toll has risen to 63 and more than 3,000 people have been wounded.

Victims remain trapped under debris as rescue workers try to reach them.

Beirut Governor Marwan Abboud broke down in tears while speaking to reporters at the blast site, comparing the explosion to the horrific nuclear bombings of the Japanese cities of Hiroshima and Nagasaki in 1945.

The explosion came at a sensitive time, just days before the UN’s Special Tribunal for Lebanon is scheduled to announce its verdict in the assassination case of former Lebanese Prime Minister Rafik Hariri, who was assassinated in a large explosion in Beirut in 2005.

The country is also grappling with its worst economic crisis in decades, and, like much of the world, is in the throes of the coronavirus pandemic.

Sources close to Hezbollah denied allegations that the massive explosion in Beirut was an attack by Israel on their weapon depots.

Israeli officials, who spoke to local media on condition of anonymity, denied Israel’s involvement in the tragedy, saying the explosion could have been an accident.

Ethiopian immigrant finds success in Turkiye through eatery with Horn of...