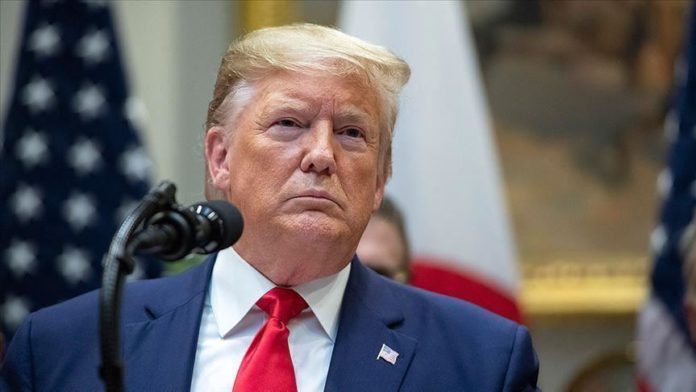 Hours after reportedly advising his team to begin “initial protocols” for a transition of power, US President Donald Trump said he will “never concede to fake ballots”, protesting media reports that alleged he has given up.

Trump’s remarks came as many of the news reports saw his transition move as a way of admitting defeat against President-elect Joe Biden, but he reiterated that he will continue legal battles.

“What does GSA [General Services Administration] being allowed to preliminarily work with the Dems have to do with continuing to pursue our various cases on what will go down as the most corrupt election in American political history?” Trump said late Monday on Twitter.

“We are moving full speed ahead. Will never concede to fake ballots & ‘Dominion’.”

He was referring to Dominion Voting Systems Corporation, a company that sells electronic voting hardware and software in the US and Canada.

A total of 28 US states and Puerto Rico currently use Dominion’s systems, including Georgia, Michigan, Wisconsin, and Pennsylvania, where Trump vowed for legal challenges.

Earlier Monday, Trump thanked Emily Murphy, the administrator of the GSA and a Trump appointee, for her dedication to the country.

He said in a tweet that Murphy “has been harassed, threatened, and abused — and I do not want to see this happen to her, her family, or employees of GSA.”

“Our case STRONGLY continues, we will keep up the good fight, and I believe we will prevail! Nevertheless, in the best interest of our Country, I am recommending that Emily and her team do what needs to be done with regard to initial protocols, and have told my team to do the same.”

The tweet came weeks after the Nov. 3 presidential election as Biden is the projected winner and set to be inaugurated in January.

Meanwhile, Murphy informed Biden on Monday in a letter that he can now access millions of dollars in federal funds and other resources to begin his transition to power. She said her decision has been made independently, citing law and available facts.

China’s Sinovac jab in final stages of evaluation: WHO