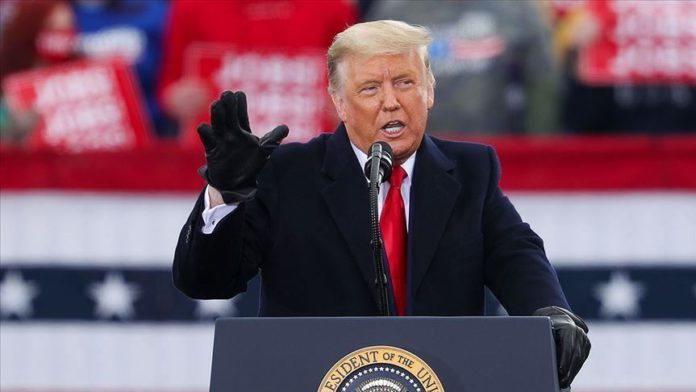 US President Donald Trump said Tuesday “results” from his legal challenges to the outcome of voting in key battleground states will begin to emerge “next week.”

The outgoing president said on Twitter that he is “making great progress,” but did not comment further.

WE ARE MAKING BIG PROGRESS. RESULTS START TO COME IN NEXT WEEK. MAKE AMERICA GREAT AGAIN!

The president has repeatedly sought to cast doubt on the race being called in President-elect Joe Biden’s favor by every major news outlet, including those close to him, like Fox News.

Nevertheless, the messaging has resounded among Republicans who now doubt whether the polls were free and fair. Some 70% now do so, double the pre-election percentage, according to a POLITICO/Morning Consult poll released Monday.

Compounding the doubt amongst the GOP, few serving Republicans have recognized Biden’s victory.

Trump’s team has vowed recounts in Georgia, Michigan and Pennsylvania, but the process rarely leads to a change in a declared victor.

The nonpartisan elections group FairVote found that statewide recounts only changed election results by about 430 votes. Biden leads far beyond that in each of the states in which The Associated Press declared him the victor.

In Georgia, where his lead is narrowest, Biden is ahead by 13,000 votes. In Pennsylvania and Michigan, Trump is trailing by more than 45,000 and nearly 149,000 votes, respectively.

Investigations “may be conducted if there are clear and apparently-credible allegations of irregularities that, if true, could potentially impact the outcome of a federal election in an individual State,” Barr said in a memorandum.

The attorney general did not identify any specific instances of alleged fraud in the memo.

Justice Department official Richard Pilger resigned in protest after Barr’s announcement. Pilger had served as the director of the Election Crimes Branch of the Department of Justice since 2010.

Bob Bauer, a Biden campaign lawyer, reportedly said it is “deeply unfortunate” that Barr “chose to issue a memorandum that will only fuel the ‘specious, speculative, fanciful or far-fetched claims’ he professes to guard against.”

“Those are the very kind of claims that the president and his lawyers are making unsuccessfully every day, as their lawsuits are laughed out of one court after another,” Bauer said.

The president has faced legal defeats in Georgia, Michigan and Nevada where judges threw out lawsuits brought by his team and political allies.

He has remained out of the public eye for five days, shuttling between the White House and his members-only golf course in Virginia.

Over 57 kg of meth seized in Turkey