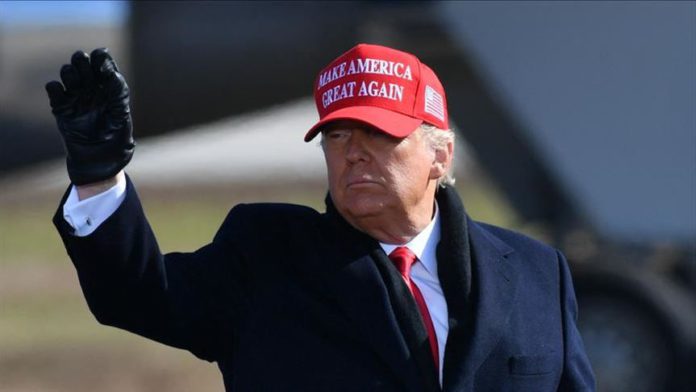 US President Donald Trump reiterated his demand Thursday to halt the vote count in the 2020 presidential race to prevent potential ”fraud.”

“STOP THE COUNT!” Trump said on Twitter as counting continues in battleground states of Pennsylvania, Nevada and North Carolina.

With Democratic challenger Joe Biden closing in on 270 electoral votes needed to win the presidential election, the Trump campaign is mounting legal challenges in Pennsylvania, Michigan and Georgia, citing irregularities.

Some states’ regulations allow the continuation of tallies after Election Day.

In Michigan, a state called for Biden by The Associated Press, hundreds of Trump supporters gathered Wednesday in Detroit at the vote count center where absentee ballots were being counted by volunteers.

They shouted at workers to “stop the count” after Trump filed a lawsuit to stop tallying ballots.

Some managed to enter the building and demanded to be poll challengers, but they were blocked by police as law-mandated numbers for maximum challengers were reached.