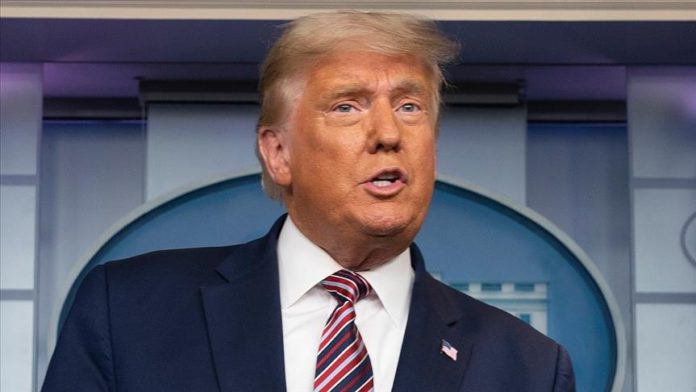 US President Donald Trump pressured a Georgia official in a phone call in order to change voting results in the southern state, according to reports.

The US president is heard pressuring Georgia Secretary of State Brad Raffensperger to “find” enough votes to reverse the outcome in the state, according to one hour-long recorded call obtained by The Washington Post.

“There’s no way I lost Georgia. We won hundreds of thousands of votes,” Trump says during the Saturday call, and asks Raffensperger to find 11,780 votes in order to beat his Democratic opponent Joe Biden.

“There’s nothing wrong with saying, you know, um, that you’ve recalculated,” Trump tells Raffensperger, who responds: “Mr. President, the challenge that you have is, the data you have is wrong.”

Trump later took his frustration out to Twitter on Sunday, saying: “Georgia election data, just revealed, shows that over 17,000 votes illegally flipped from Trump to Biden” and claimed Raffensperger was “unwilling, or unable, to answer questions such as the ‘ballots under table’ scam, ballot destruction, out of state ‘voters’, dead voters, and more. He has no clue!”

“Respectfully, President Trump: What you’re saying is not true. The truth will come out,” Raffensperger responded via Twitter, who had described himself as “a passionate conservative” and “a proud Trump supporter” on Nov. 20 when the state of Georgia certified Biden’s win after an audit of votes.

In Nov. 3 election, President-elect Biden defeated Trump in Georgia by a narrow margin of 11,779 votes, becoming the first from his party to win the state since former President Bill Clinton in 1992.

“Here’s my promise to you: I’ll be a president for all Americans. Whether you voted for me or not, I’ll wake up every single morning and work to make your life better,” Biden tweeted Sunday, noting Vice President-elect Kamala Harris headed to Savannah, Georgia for Senate runoff election to be conducted Tuesday.

In his opposition against election result, Trump could find support by more than 140 Republican members of the House of Representatives that are expected to challenge Wednesday the Congress’ official counting of the Electoral College vote.

Sen. Josh Hawley from Missouri, a close ally of the outgoing president, was the first to publicly state on Dec. 30 that he would object to certify Biden’s win. He was quickly joined by Republican heavyweight Sen. Ted Cruz from Texas who issued a joint statement on Saturday.

In the statement signed by 11 Republican senators and senators-elect, the lawmakers said the election “featured unprecedented allegations of voter fraud, violations and lax enforcement of election law, and other voting irregularities,” and they called for a “fair and credible audit” to be conducted and completed before Biden swears in to the White House on Jan. 20.

US Vice President Mike Pence has welcomed the efforts of GOP lawmakers to refuse to certify election results.

Not all Republicans, however, shared the same enthusiasm. Sen. Mitt Romney from Utah, who was the GOP’s presidential nominee eight years ago, denounced the opposition, calling it an “egregious ploy.”

Senate Majority Leader Mitch McConnell and Senate Majority Whip John Thune also called for Republicans not to answer the call, since they are worried that it could cost Republicans to lose control of the Senate heading to Tuesday’s runoff, which could end serving Democrats both seats in the upper house.