TurkishPress
Home News Trump praises relations between US and Mexico 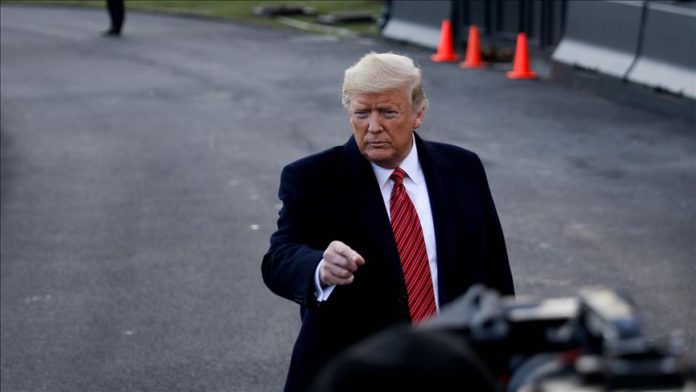 President Donald Trump hailed Wednesday the “great” relationship between the US and Mexico, saying both nations are doing a “tremendous” job.

Trump also hailed the United States-Mexico-Canada Agreement (USMCA) that entered into force on July 1, calling it the “largest trade deal ever made” that will “bring countless jobs and groundbreaking labor protection.”

The USMCA replaces the North American Free Trade Agreement (NAFTA) signed in 1994 and it was renegotiated at the insistence of Trump, who felt Washington was not getting a fair deal under NAFTA.

It took three years of talks before all parties signed the new deal.

Turning to immigration, Trump said: “We are forging critical partnerships across the western hemisphere to combat the cartels and the smugglers, and to ensure safe, humane, and lawful migration.”

For his part, Lopez Obrador called the deal a “great opportunity” and it seeks to “reverse the economic imbalance through a greater integration” of economies of the three countries.

Mexican president also thanked Trump administration for “never” trying to treat Mexico as a colony and honoring the nation’s independence.

Two leaders signed a joint declaration of friendship and the cooperation at the end of the press conference.

The meeting amid coronavirus outbreak was the first official visit of Lopez Obrador to the US since taking the office.

Trump noted that Canada will pay a similar visit in an “appropriate” time to welcome the new trade deal.