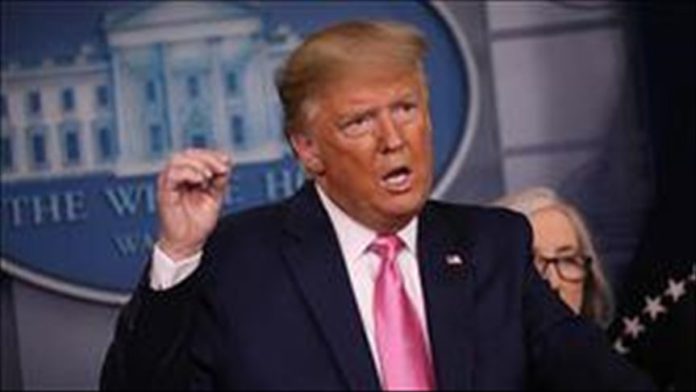 US President Donald Trump praised Tuesday the “overwhelming force” deployed in the nation’s capital to halt looting and enforce a citywide curfew.

Bowser has been at loggerheads with the president after federal police forcefully cleared protesters from an area near the White House about 25 minutes before Bowser’s curfew was set to take effect. Just minutes later Trump casually walked through the area for a photo opportunity in front of an historic church that was burned by looters the previous night.

St. John’s Episcopal Church was vandalized overnight Sunday amid protests regarding the death of George Floyd, an unarmed black man, who died after being forcefully restrained in police custody.

Trump posed for photos in front of the church and raised a Bible for reporters to see.

Bowser said federal police used munitions on people “who didn’t seem to have provoked any attack,” calling the use of force “very concerning” while continuing to maintain the right of individuals to protests peacefully while heeding the curfew, which is set to go into effect again Tuesday.

“At no time did we assist federal police with the president’s movements,” Bowser said Tuesday during an interview with MSNBC.

While the nation’s capital has deployed the National Guard to assist in “traffic management,” it has yet to see active duty military personnel deployed to the city’s streets, Bowser said, and should that happen it would be “inappropriate.”

“Bringing in the active duty military against Americans for any reason is inappropriate,” she said.

Overnight Monday scenes emerged from Washington, D.C. of authorities using low-flying helicopters to disperse protesters, but it is unclear which agency or agencies were carrying out the actions.

Video footage posted to social media by bystanders showed helicopters hovering below or near building lines as they kicked up strong gusts on protesters as debris filled the air.