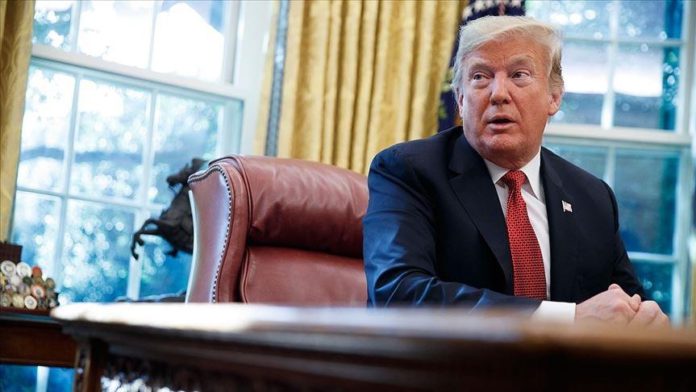 US President Donald Trump signed off on a COVID-19 stimulus package late Sunday evening as well as a wider whole-of-government spending bill that averted a government shutdown at the eleventh hour.

The federal government was set to shutter its legion of agencies on Tuesday without Trump’s approval of the bipartisan measures.

The package includes roughly $900 billion for pandemic relief as well as about $1.4 trillion to fund the federal government through September. The coronavirus relief effort includes $600 payments to most Americans and the extension of unemployment benefits for those who lost their jobs during the outbreak.

Trump announced his action in a statement in which he called for lawmakers to increase the direct payments to $2,000 but also heaped that demand in with a separate mandate that lawmakers revise internet free speech laws.

He further said he would suggest lawmakers remove some items, but as he noted that is merely a “request” that Congress does not have to heed.

“I will sign the Omnibus and Covid package with a strong message that makes clear to Congress that wasteful items need to be removed,” he said in a statement issued while he was at his upscale golf club in Florida. “I will send back to Congress a redlined version, item by item, accompanied by the formal rescission request to Congress insisting that those funds be removed from the bill.”

The House of Representatives is set to vote Monday on the increased direct payments to Americans, with Democrats broadly supportive as Republicans have offered scant backing to the proposal, despite Trump’s repeated urging.

Opposition is so strong among the party that the House’s measure may not receive a vote in the Republican-held Senate, where Majority Leader Mitch McConnell has not offered his support.

McConnell, in his statement issued shortly after the president announced his signing, lauded Trump for backing the spending package, saying he “prevented a government shutdown at a time when our nation could not have afforded one.” But he made no mention of bringing the increased spending to the Senate floor.

In addition to voting on the increased spending Monday, the House is also set to vote to override Trump’s veto of the annual defense spending bill. The vote is widely expected to receive the two-thirds majority it needs to do so, and should the Senate follow suit, which is likely, it would mark an embarrassing bookend on Trump’s sole term in office.