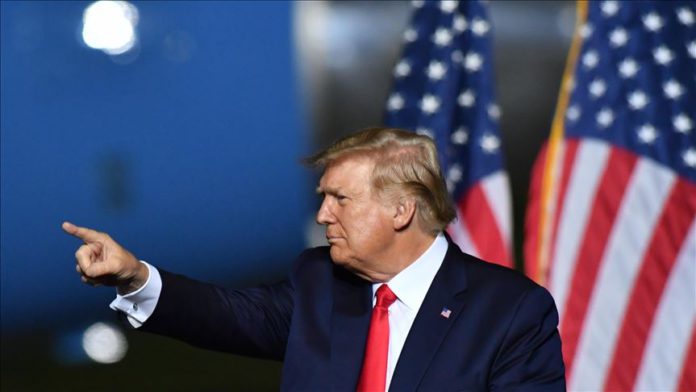 US President Donald Trump formally submitted his nomination of Amy Coney Barrett as an associate justice of the Supreme Court to the Senate, the White House said Tuesday.

Barrett “is a woman of unparalleled achievement, towering intellect, sterling credentials and unyielding loyalty to the Constitution,” Trump said at a White House ceremony.

Barrett also spoke at the Rose Garden ceremony and said she understands it is a momentous decision for the president.

“If the Senate does me the honor of confirming me, I pledge to discharge the responsibilities of this job to the very best of my ability,” she added.

Earlier in the day, Barrett held separate talks on Capitol Hill with Senate Majority Leader Mitch McConnell and other Republicans.

A Senate Judiciary Committee hearing to consider her nomination will begin in October.

Opening statements by Judiciary Committee members and the nominee will occur on Oct. 12 and the questioning of Judge Barrett will begin on Oct. 13.