TurkishPress
Home Americas US & Canada Trump: No US involvement in Venezuela maritime raids 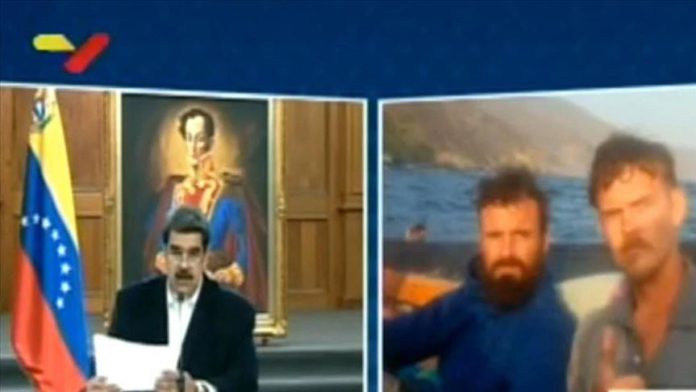 US President Donald Trump said Tuesday that Washington has “nothing to do” with Sunday’s two failed maritime raids in Venezuela.

Trump’s comments to reporters before he departed for the state of Arizona in effect denies claims of US intervention by Venezuelan President Nicolas Maduro.

The remarks came hours after Maduro held US and Colombia responsible of the raids, accusing two US “mercenaries” who were detained among 13 attackers.

“In this group were members of Donald Trump’s security team: Airan Berry, a professional mercenary of the United States, and Luke Denman. They are already declaring,” Maduro said.

He referenced remarks to The Associated Press by Florida-based former Green Beret Jordan Goudreau in which he details an operation to overthrow the Maduro government.

Goudreau, who owns private security firm SilverCorp USA, claimed responsibility for the raids and told the news agency he was working with two US citizens on Operation Gideon that was launched Sunday to “liberate” Venezuela and capture Maduro.

He also confessed he signed a contract with US-backed Venezuelan opposition leader Juan Guaido to overthrow Maduro. Guaido has denied the allegation.

Venezuela has been under firm US economic and diplomatic sanctions for more than a year as Washington recognizes Guaido as the country’s legitimate ruler instead of elected President Maduro.

The US indicted Maduro and several key aides on alleged charges of narcoterrorism.

US State Secretary Mike Pompeo said Friday that “multilateral effort to restore democracy in Venezuela is continuing to build momentum” and he “updated plans to reopen the US Embassy in Caracas.”

The embassy, which closed 2019, will reopen in Caracas as soon as Maduro “steps aside” under the plan for a “democratic transition.”

Trump to be admitted to hospital as virus precaution