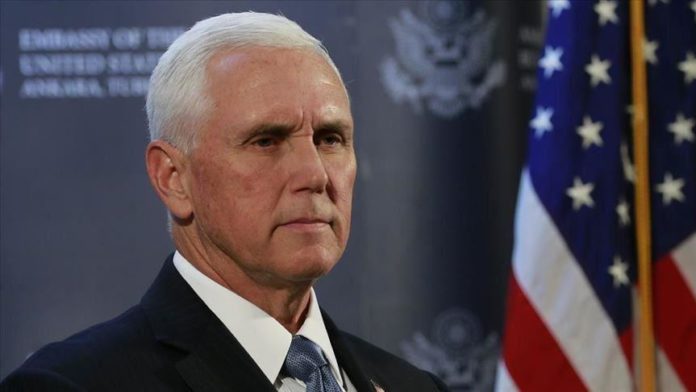 US Vice President Mike Pence described President Donald Trump and Prime Minister Narendra Modi as “larger than life figures” and commended the role of both leaders in strengthening the bilateral ties ahead of critical Nov. 3 presidential elections.

“When you think of two of the greatest democracies on earth today, when you think of the relationship President Trump has forged with Prime Minister Modi, I think it’s ultimately grounded in shared values and it’s in that foundation we will continue to build for the prosperity of our country and the strength of this relationship,” he said in a virtual conversation with John Chambers, former executive chairman and CEO of Cisco Systems.

During Trump’s two-day state visit to India in February, Modi rolled out the red carpet for the US head of state.

His visit came as the two countries had failed to agree on a trade deal as Trump demanded New Delhi open its market to more American goods.

Both leaders discussed trade issues in New Delhi but there was no announcement on a major trade deal. After the visit, Trump declared US-India relations to be “stronger than ever before.”

“As President Trump made clear in his visit in February to India hosted by Prime Minister Modi, we want to build on that relationship to the mutual benefit of both countries,” said Vice President Pence during the virtual event organized by the US-India Strategic Partnership Forum (USISPF), a non-profit organisation.

He announced that the ties between the two countries have grown dramatically in the last 20 years, but the best is yet to come.

“While the relationship (between India and the US) has grown dramatically over the last 20 years, we think the best is yet to come,” Pence said, vowing to stand by Indian allies against China in the region.

The Vice President also praised the role of the 4 million Indian-Americans who have contributed to the prosperity of the US.

US: At least 2 killed, 14 injured in Texas shooting