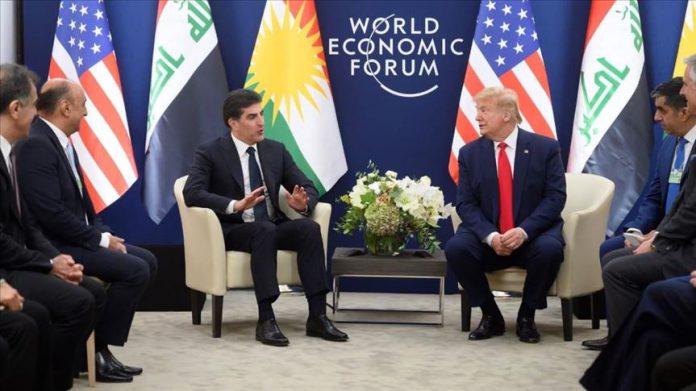 Barzani used the gathering to thank the U.S. leader, saying “we’ve been, quite a long time, waiting for that moment.”

He said Washington and Erbil worked together to defeat the Daesh/ISIS terror group. Trump responded “right”.

While hosting the Iraqi president, Trump highlighted cooperation between the two countries on military and anti-Daesh efforts.

Saleh echoed the U.S. president, saying both countries “had