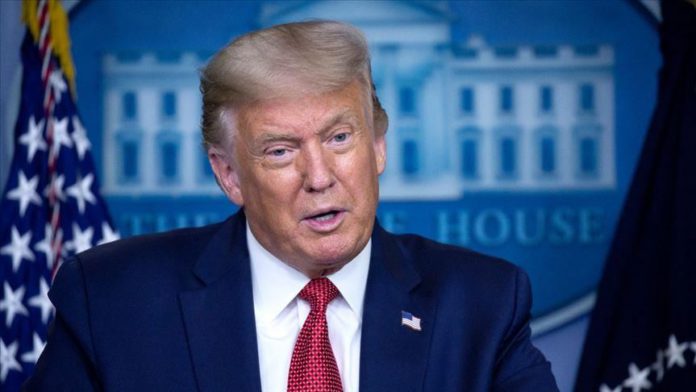 Israel and the United Arab Emirates (UAE) agreed to normalize relations, US President Donald Trump said Thursday in a move that forestalls Israel’s plans to annex large swathes of the occupied West Bank.

A joint statement from the US, UAE and Israel said the “breakthrough” will promote “peace in the Middle East region and is a testament to the bold diplomacy and vision of the three leaders,” referring to Abu Dhabi Crown Prince Mohammed bin Zayed al-Nahyan, Trump and Israeli Premier Benjamin Netanyahu.

As part of the deal Israel will “suspend” plans to annex parts of the occupied West Bank “and focus its efforts now on expanding ties with other countries in the Arab and Muslim world,” according to the statement.

“The United States, Israel and the United Arab Emirates are confident that additional diplomatic breakthroughs with other nations are possible, and will work together to achieve this goal” it added.

The development marks only the third time an Arab nation has opened full diplomatic relations with Israel, and the Emirates is now the first Gulf Arab state to do so. Other Arab nations to normalize ties with Israel are Egypt and Jordan.

As part of their agreement, Abu Dhabi and Tel Aviv will “immediately expand and accelerate cooperation” on development of a COVID-19 vaccine, and the joint statement said the US, UAE and Israel will join to “launch a Strategic Agenda for the Middle East to expand diplomatic, trade, and security cooperation.”

“Along with the United States, Israel and the United Arab Emirates share a similar outlook regarding the threats and opportunities in the region, as well as a shared commitment to promoting stability through diplomatic engagement, increased economic integration, and closer security coordination,” it said.

After announcing the breakthrough Trump told reporters in the Oval Office that it is a “truly historic moment,” calling the pact the “Abraham Accord.”

“Not since the Israel-Jordan peace treaty was signed more than 25 years ago has so much progress been made towards peace in the Middle East,” he said. “Now that the ice has been broken I expect more Arab and Muslim countries will follow the United Arab Emirates’ lead.”

Trump said Washington is “already discussing this with other nations” without disclosing their identities.