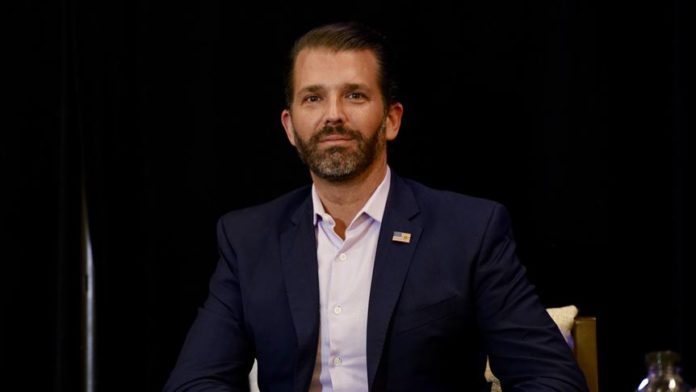 US President Donald Trump’s son sought to downplay the US’s daily coronavirus death, falsely claiming it is “almost nothing.”

“The number is almost nothing, because we’ve gotten control of this,” Donald Trump, Jr. said on Fox News as US infections soar. “We understand how it works. They have the therapeutics to be able to deal with this. If you look to my Instagram it’s gone to nearly nothing.”

The president’s son made the claim as Trump faces a tough challenge from Democratic challenger Joe Biden who has continued to maintain a comfortable lead over the president in national polling, including in most key battleground states.

Biden and Democrats generally have cast Trump’s handling of the pandemic as effectively disqualifying him from a second term in office ahead of Election Day next Tuesday.

The US recorded 971 COVID-19-related deaths on Thursday, according to a running tabulation from Johns Hopkins University. The figure is down from records of over 2,000 daily deaths in April, but remains high as the number of daily cases break all-time records.

The country reported 88,521 new coronavirus cases on Thursday, an increase of 9,540 from the previous day, the data showed – a rate of about one new case per second, according to analyses.

In all, 228,909 people have been killed by the virus and nearly nine million others have become infected, according to Johns Hopkins.

The death toll remains the highest in the world.

NATO backs US sanctions on Russia