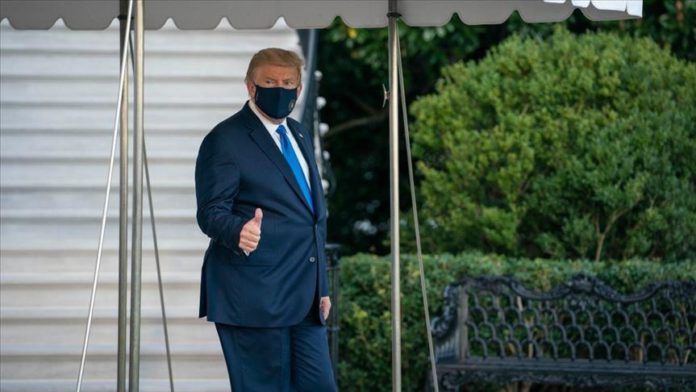 US President Donald Trump gave an update about his health Saturday from a hospital, saying he is “starting to feel good.”

In the four-minute video from Walter Reed Medical Center, where he is receiving treatment for the coronavirus infection, Trump acknowledged he was not feeling well when he was admitted but said he will be back soon.

“I just wanna tell you that I’m starting to feel good,” said Trump. “You don’t know over the next period of a few days. I guess that’s the real test, so will be seeing what happens over those next couple of days.”

He said he did not want to lock himself in the White House and “had to be out front, this is America.”

“I can’t be locked up in a room upstairs,” said the president.

“I think we’re gonna have a very good result. Again, over the next few days, we’re gonna probably know for sure,” he added.

Earlier in the day, a White House official told reporters that Trump’s vitals during the last 24 hours were “very concerning” and the next 48 hours will be “critical.”

“We’re still not on a clear path to a full recovery,” the official said.