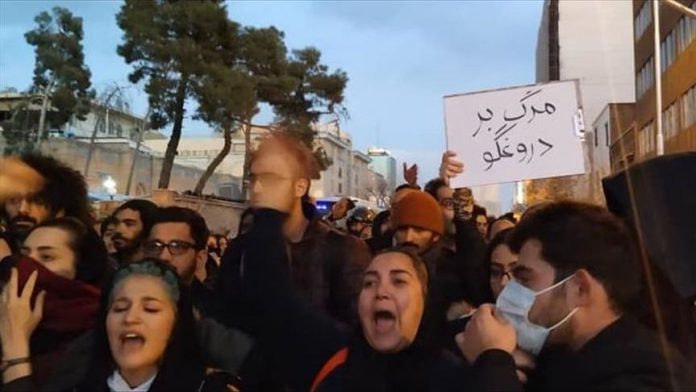 U.S. President Donald Trump on Monday continued to praise Iranian protesters, this time for their reluctance to trample an American flag in a video footage that went viral a day earlier.

“Wow! The wonderful Iranian protesters refused to step on, or in any way denigrate, our Great American Flag. It was put on the street in order for them to trample it, and they walked around it instead. Big progress!” Trump tweeted.

On Sunday, hundreds of Iranians gathered on the streets of Iran on the second day of protests against the Iranian regime, prompted by the belated admission that