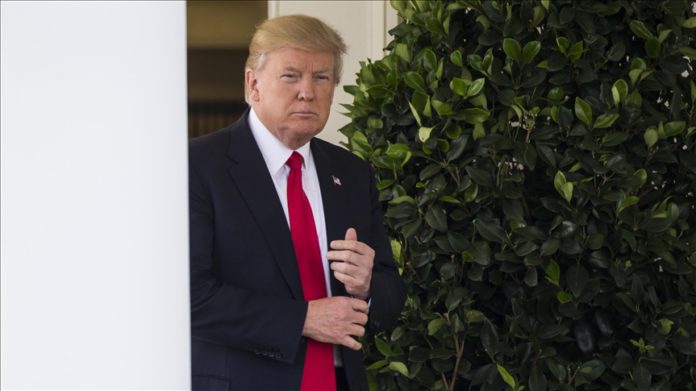 US President Donald Trump granted clemency Tuesday to 15 people and commuted the sentences of five others as his term is set to expire in less than a month, said the White House.

George Papadopoulos, a former campaign adviser, was also granted clemency, according to a White House statement.

Papadopoulos was charged in connection with Special Counsel Robert Mueller’s investigation into possible Russian interference in the 2016 presidential election.

Among those whose prison sentences were commuted was Steve Stockman, a former congressman who was convicted in 2018 of misuse of charitable funds.

The 64-year-old has underlying pre-existing health conditions that place his health at greater risk during the COVID pandemic, and he has already been infected with the virus while in prison, said the White House.

“These veterans were working in Iraq in 2007 as security contractors” and were convicted on murder charges “when a convoy attempted to establish a blockade outside the ‘Green Zone’ and the situation turned violent, which resulted in the unfortunate deaths and injuries of Iraqi civilians,” said the statement.

In late November, Trump granted his former national security adviser Michael Flynn a “full pardon.” Flynn was under investigation in February 2017 for a phone call with the Russian ambassador to the US and resigned from his post a few weeks later.

In late 2017, he pled guilty to lying to the FBI during Mueller’s investigation into possible Russian meddling in the 2016 presidential election.

Trump lost the Nov. 3 election to his Democratic rival Joe Biden, who is set to be inaugurated on Jan. 20.