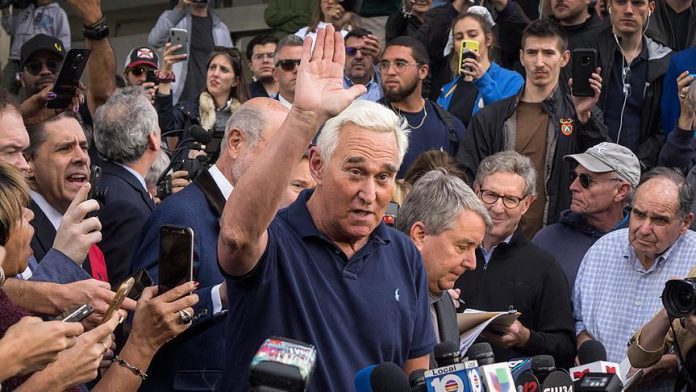 Roger Stone, U.S. President Donald Trump’s long-time friend and confidante, was found guilty by a federal court Friday of all seven charges he faced, including obstructing a Congressional investigation into whether the Trump campaign colluded with Russian interference in the 2016 election.

Stone, 67, was charged in a seven-count indictment that included obstruction, lying to Congress and witness tampering, and was convicted on each of the felony counts, according to multiple reports.

He testified in September 2017 before the House Intelligence Committee, and much of the case against him was centered on those sworn comments.