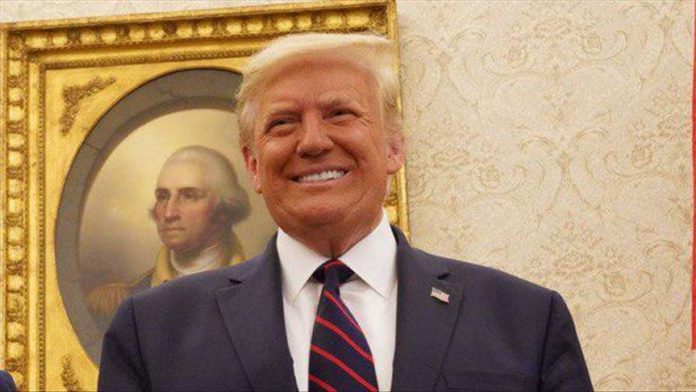 US President Donald Trump formally accepted his party’s renomination for president Thursday evening, vowing that another four years in office would leave the US with a “bright future” with him in office.

Addressing the Republican National Convention on its final night from the White House, and in so doing again breaking with a tradition of presidents not using the people’s house for overtly partisan purposes, Trump said a new term would allow him to “again build the greatest economy in history” but said that Democratic nominee Joe Biden endangers America’s “greatness.”

“We understand that America is not a land cloaked in darkness. America is the torch that enlightens the entire world,” Trump told a crowded gathering on the White House’s South Lawn, where attendees were tightly packed and not all wearing masks despite the US being in the midst of the worst coronavirus outbreak worldwide.

“And yet, despite all of our greatness as a nation, everything we have achieved is now in danger. This is the most important election in the history of our country,” he said. “This election will decide whether we save the American Dream, or whether we allow a socialist agenda to demolish our cherished destiny.”

Trump is facing a daunting uphill battle against Democratic nominee Joe Biden with just over two months to go before the US’s Nov. 3 presidential election. A Hill-HarrisX poll released Wednesday had Trump trailing the former vice president by nine points, the same margin seen in an Economist/YouGov survey released the same day.

Ultimatum for Tigray rebels to surrender ticking away