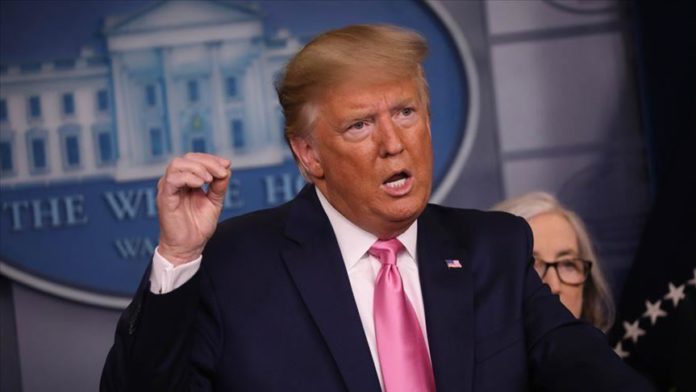 US President Donald Trump fired the country’s top cybersecurity official on Tuesday over a statement he made about the Nov. 3 presidential election.

In a tweet, Trump said that Chris Krebs, the director of the Department of Homeland Security’s Cybersecurity and Infrastructure Security Agency (CISA), had been terminated “effective immediately.”

“The recent statement by Chris Krebs on the security of the 2020 Election was highly inaccurate, in that there were massive improprieties and fraud – including dead people voting, Poll Watchers not allowed into polling locations, ‘glitches’ in the voting machines which changed votes from Trump to Biden, late voting, and many more,” Trump wrote on Twitter.

“Therefore, effective immediately, Chris Krebs has been terminated as Director of the Cybersecurity and Infrastructure Security Agency,” he added.

His dismissal came days after CISA said the presidential race was the most secure in US history, a statement that Trump has long disputed since the beginning of vote counting.

The statement said there is no evidence that any voting system deleted or lost votes, changed votes, or was in any way compromised.

Trump claims the election was rigged and there are irregularities and voter fraud. The outgoing president has so far refused to concede to President-elect Joe Biden.