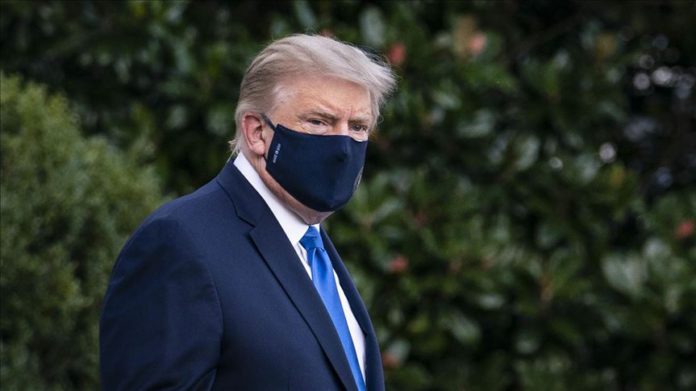 US President Donald Trump said Saturday he is “feeling well” after reports claimed that the next 48 hours would be “critical” for his health.

In a tweet, Trump praised the medical team and health workers at the Walter Reed Medical Center in Bethesda, Maryland, where he is receiving treatment after recently testing positive for the novel coronavirus.

“Doctors, Nurses and ALL at the GREAT Walter Reed Medical Center, and others from likewise incredible institutions who have joined them, are AMAZING!!!

“Tremendous progress has been made over the last 6 months in fighting this PLAGUE. With their help, I am feeling well! Trump said on Twitter.

His tweet came shortly after a White House official told pool reporters that Trump’s vitals over the last 24 hours were “very concerning” and the next 48 hours will be “critical.”

“We’re still not on a clear path to a full recovery,” the source told pool reporters.

Earlier in the day, the White House physician Dr. Sean Conley said Trump is making progress at the military hospital where he was admitted as a precaution after testing positive for COVID-19.

“This morning Trump is doing very well. At this time, we are extremely happy with the progress and [continue to] monitor him very closely,” Dr. Sean Conley said at a news briefing at the medical center.

“The president this morning is not on oxygen, not having difficulty breathing or walking around. His oxygen saturation level is 96%.”

Col. Sean Dooley, a doctor at Walter Reed, said the president “is in exceptionally good spirits.”

It has been day three since Trump’s diagnosis and he has not had a fever for the last 24 hours, according to the physicians.

According to multiple reports, Trump on Friday was administered supplemental oxygen at the White House hours after being diagnosed with COVID-19.