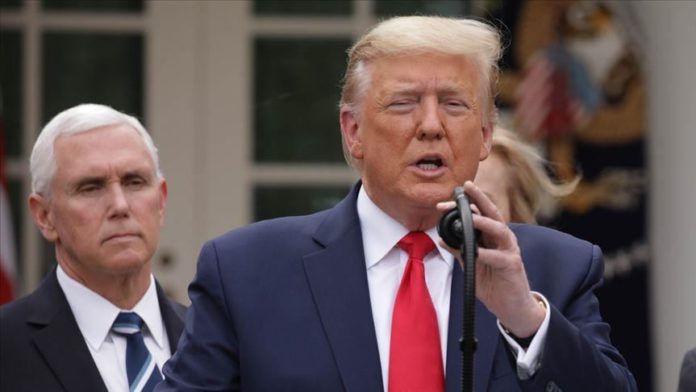 US President Donald Trump abruptly ended his coronavirus press briefing at the White House on Monday after clashing with female reporters.

The discussion flared up after Weijia Jiang, a White House correspondent for CBS News, asked why he has repeatedly been saying that the US is doing better than other countries when it came to testing for the virus while people are dying.

“Why does that matter? Why is this a global competition to you if every day Americans are still losing their lives and we are still seeing more cases every day?” said Jiang.

In response, Trump said people are dying everywhere in the world and stepped up the discussion.

Jiang then said: “Sir, why are you saying that to me specifically?”

Trump said he was not “saying it specifically to anybody. I am saying it to anybody who would ask a nasty question like that.”

The CBS reporter then replied: “That is not a nasty question. Why does it matter?”

CNN reporter Kaitlan Collins then attempted to ask a question, but Trump chose a different journalist. Collins repeatedly objected, saying “But you pointed to me. I have two questions, Mr. President. You called on me.”

The president said: “I did and you didn’t respond, and now I’m calling on the young lady in the back.”

Collins said she wanted to let Jiang finish her question, adding: “But can I ask you a question?”

Trump then halted the press briefing, saying: “Ladies and gentlemen, thank you very much” and left the Rose Garden.

It is not the first time Trump had heated exchanges with reporters and has been criticized for his tone while responding to them during news conferences.

India woos Iran to keep China away from Chabahar