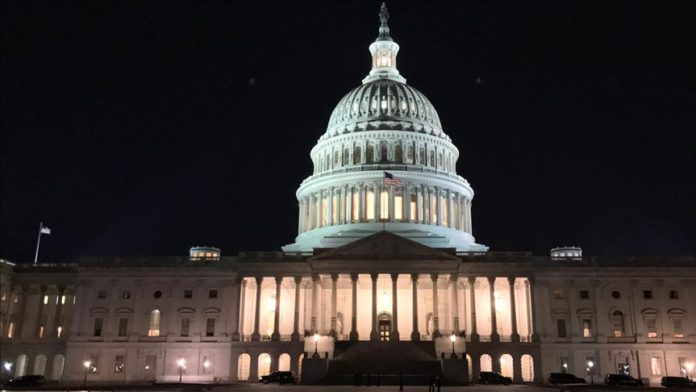 US President Donald Trump and Egyptian President Abdel Fattah al-Sisi discussed the situation in Libya on Wednesday, according to the White House.

During their telephone call, “President Trump praised President El-Sisi’s efforts last weekend to promote political reconciliation and de-escalation in the Libyan conflict,” the executive mansion said in a statement.

The two leaders also discussed UN-led efforts to resume ceasefire talks as well as “the departure of all foreign forces from Libya,” it added.

Turkish Foreign Minister Mevlut Cavusoglu earlier Wednesday said a recent call by Egypt for a cease-fire in Libya was “stillborn.”

Speaking to local media in Turkey, Cavusoglu doubted the “sincerity” and “convincingness” of the so-called Cairo Declaration, citing recently intensified aggression against Libya’s UN-recognized government by renegade general Khalifa Haftar, who is supported by Egypt.

“A cease-fire call to save Haftar is not sincere or convincing to us,” he said.

Following the ouster of late Libyan ruler Muammar Gaddafi in 2011, the country’s new government was formed in 2015 under a political deal led by the UN.

The Libyan army has made significant military gains against renegade General Khalifa Haftar’s militias in recent days, capturing all of the country’s western cities to the Tunisian border.

Libya’s internationally-recognized government has been under attack by Haftar’s forces since April 2019, with more than 1,000 killed in the violence.

Additionally, Trump “reiterated the commitment of the United States to facilitating a fair and equitable deal among Egypt, Ethiopia and Sudan on the Grand Ethiopian Renaissance Dam,” the White House said.

It was referring to the contentious $5 billion hydro dam Ethiopia is building along the Blue Nile River.

Egypt maintains it has an “historic right” to the Nile waters, a claim Ethiopia vehemently challenges, saying that such a notion would legitimize Egypt’s resource hegemony in a basin that incorporates 10 countries.

Tensions escalated after US-sponsored talks on the project between Ethiopia, Egypt and Sudan broke down in February. Ethiopia accuses the US of openly siding with Egypt.

Ethiopia said it would start the first-phase filling of the dam this July.