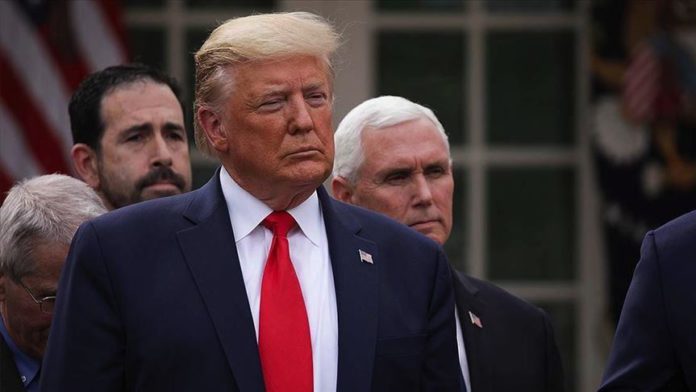 US President Donald Trump is “doing well” and has started Remdesivir therapy, his doctor announced hours after he was admitted to Walter Reed National Military Medical Center following a COVID-19 diagnosis.

“This evening I am happy to report that the President is doing very well. He is not requiring any supplemental oxygen, but in consultation with specialists we have elected to initiate Remdesivir therapy,” he said in a statement. “He has completed his first dose and is resting comfortably.”

Trump was admitted to the hospital for a few days as a precautionary measure, said a White House spokeswoman.

“Going welI, I think! Thank you to all. LOVE!!!,” Trump tweeted late Friday from the facility.

Trump, who announced his diagnosis early Friday, is among patients with the highest risk factors for suffering dire health consequences from the virus. He is considered medically obese and is 74 years of age.

His announcement came hours after Hope Hicks, one of Trump’s closest aides who traveled with him as recently as Wednesday, tested positive for the virus.

Trump has spent much of the year downplaying the severity of the virus and has repeatedly appeared in public without a mask.

Many of the US’ first family and supporters declined to wear a mask during a presidential debate Tuesday, violating the event’s rules even as staff attempted to have audience members wear the protective face coverings.

US: 61-year-old arrested in acid attack on Latino man