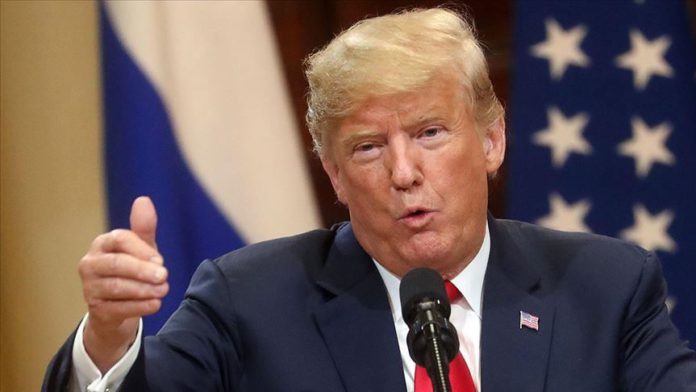 Spokeswoman Kayleigh McEnany said the president is not only unhappy with Beijing’s efforts, but maintains “it is hard to see how Hong Kong can remain a financial hub if China takes over.”

Asked if that means Washington is now willing to change its relationship with Hong Kong, McEnany said she had “no further announcements as to the precise action the president will be taking.”

Relations between the US and China have been markedly strained over the coronavirus pandemic, with Washington blaming the Chinese government for allegedly mishandling the outbreak and misleading the international community about its severity.

McEnany’s comments come after thousands of demonstrators took to the streets Sunday in Hong Kong to protest a plan by Beijing to impose a new national security law on the semi-autonomous Chinese territory.

They gathered in the Causeway Bay and Wan Chai districts and chanted anti-government slogans, including “Stand with Hong Kong” and “Save Hong Kong.”

A total of 120 people were arrested, including prominent pro-democracy activist Tam Tak-chi.

Four police officers were injured by bricks thrown by protesters, according to officials.

A draft decision on establishing and improving the legal system and enforcement mechanisms for Hong Kong was submitted to China’s National People’s Congress (NPC) for deliberation on Friday to change the territory’s long-term “defenseless” status.

Hong Kong, an autonomous region under China since 1997, had been witnessing protests since early 2019 against Chief Executive Carrie Lam’s move to legalize extradition to mainland China.

The bill has now been dumped, but street demonstrations left the city reeling, with international economic observers expressing concern about the business hub’s economic prospects.