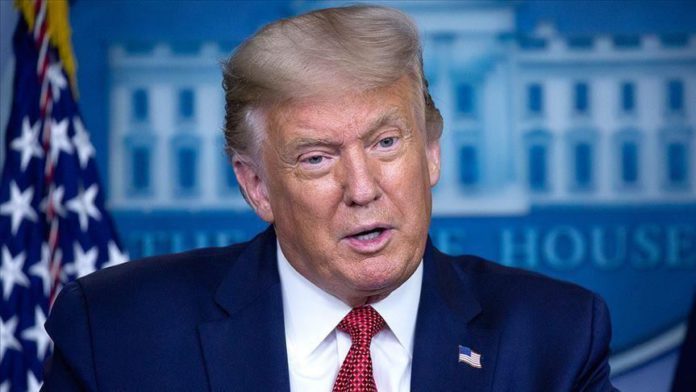 US President Donald Trump had “no involvement” in a We Build the Wall campaign which led to the arrest of his former adviser Steve Bannon, the White House said Thursday.

Spokeswoman Kayleigh McEnany pointed to Trump’s remarks in early July in which he said he disagreed with building a section of wall at the US-Mexico border by a private group.

“President Trump has previously and publicly stated the following: ‘I disagreed with doing this very small (tiny) section of wall, in a tricky area, by a private group which raised money by ads. It was only done to make me look bad, and perhaps it now doesn’t even work. Should have been built like rest of Wall, 500 plus miles,'” McEnany said.

Trump “always felt the Wall must be a government project and that it is far too big and complex to be handled privately,” she said.

Her remarks came hours after the Justice Department announced that Bannon and three others were arrested and charged with fraud linked to an online fundraising campaign seeking to build the border wall.

“Trump has not been involved with Steve Bannon since the campaign and the early part of the Administration, and he does not know the people involved with this project,” said McEnany.

She also said the Trump administration has already built more than 300 miles of the wall and will have almost 500 miles completed by the end of the year.

The wall was one of Trump’s most prominent 2016 campaign promises to help keep undocumented immigrants out of the country, but little progress has been made on Trump’s signature project.

Turkey: Hotel occupancy rate up in 2019