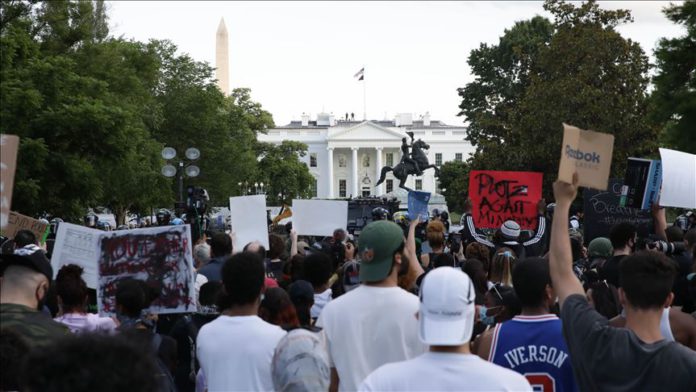 US President Donald Trump rejected reports Wednesday that he was briefly taken to an underground bunker inside the White House for a period of time last week.

Trump was asked on Fox News radio about him hiding as demonstrators neared the executive mansion during Friday night’s protests that centered around the death of George Floyd, a black man who was killed by police in the state of Minnesota.

“It was a false report. I wasn’t down. I went down during the day and I was there for a tiny, little short period of time, and it was much more for an inspection,” he said.

Citing a law enforcement source and another source familiar with the matter, CNN reported first lady Melania Trump and the couple’s son, Barron, were also taken to the bunker for about an hour.

“I’ve gone down two or three times, all for inspection,” said Trump.

When asked if the Secret Service told him he needed to go to the bunker, the president said the agents did not tell him to do so.

“They said it would be a good time to go down, take a look because maybe some time you’re going to need it,” he added.