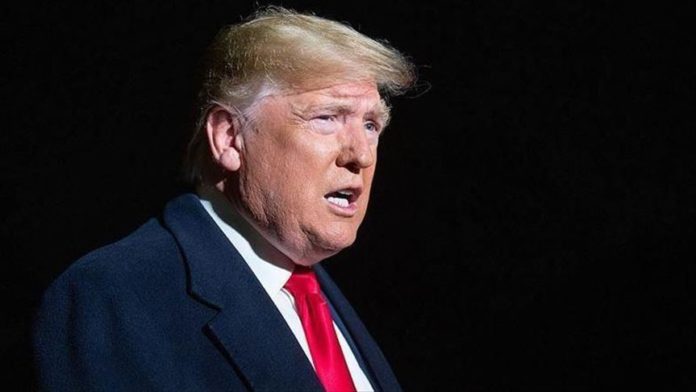 President Donald Trump declined Thursday to comment on speculation the US would fully withdraw forces from Iraq within three years, but said “obviously [they] will be gone.”

Asked about the specific time frame, Trump said the US reduced forces “to a very, very low level,” and would be out of Iraq “at some point,” but he did not say when.

“We have been taking our troops out of Iraq fairly rapidly, and we look forward to the day when we don’t have to be there,” he told reporters in the Oval Office while hosting Iraqi Prime Minister Mustafa al-Kadhimi.

“And hopefully Iraq can live their own lives and they can defend themselves, which they’ve been doing long before we got involved,” he added.

The US president has long wanted to withdraw US forces from Iraq, along with removing troops from other long-term conflicts like Afghanistan, but has been repeatedly stymied by conditions on the ground and opposition from political allies.

Al-Kadhimi is leading a high-level government delegation on an official visit to the US. It is Iraqi premier’s first trip to the US since he took the office in May.

A US-led coalition was formed in 2014 to fight the Daesh/ISIS terror organization, which at the time controlled a third of Iraq.

The coalition is located in military bases scattered in northern, western and central Iraq.

With the coalition’s support, Baghdad declared at the end of 2017, victory against Daesh/ISIS by recapturing all the lands that ISIS had controlled.