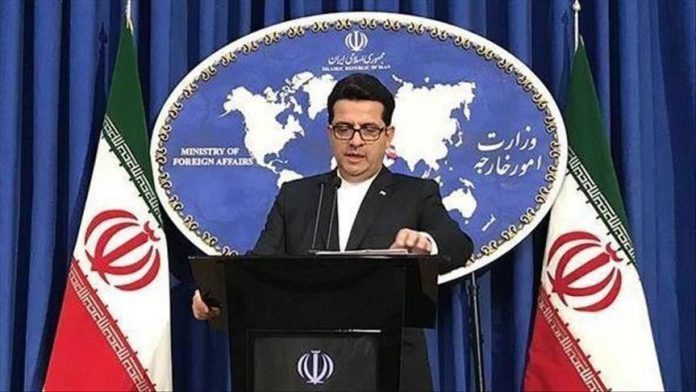 Iran on Thursday criticized the unveiling of a “Trump Deal,” it said reflects American’s “fixated delusions.”

“Unveiling of so-called ‘Trump Deal’ by [US Special Representative for Iran Brian Hook] B. Hook only transpired the US’ long fixated delusions dictated by their deeply embedded hubris and entitlement,” Abbas Mousavi, the spokesman of the ministry said on Twitter.

Hook unveiled the so-called deal’s provisos in an interview with the Saudi-owned Asharq al-Awsat newspaper.