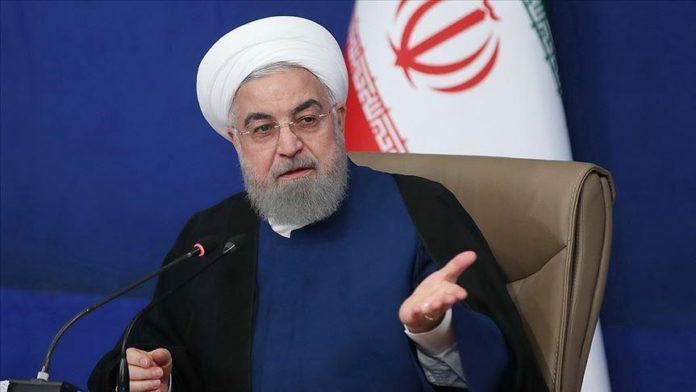 Iranian President Hassan Rouhani said Thursday that the storming of the US Congress building by supporters of American President Donald Trump “proved that the Western democracy lacks the proper assets,” according to the official Iranian News Agency.

“Trump, as a populist figure, has damaged America’s reputation,” said Rouhani, who wished the events would serve as a “lesson” for the whole world and future US presidents.

He urged the incoming White House administration to restore “the American people to the level that befits them and based on the requirements of the international community.”

His comments were made in the wake of clashes between US security forces and supporters of Trump who breached the US Capitol as lawmakers were officially counting Electoral College votes to confirm Joe Biden as the next President of the US.

The chaos led to the deaths of four people and 52 arrests.

The events led to the suspension of the congressional meeting for about six hours, while National Guard troops were deployed to stop the unrest and impose a nighttime curfew in Washington.

Congress reconvened early Thursday and certified the Electoral College votes making Biden the 46th president of the US.