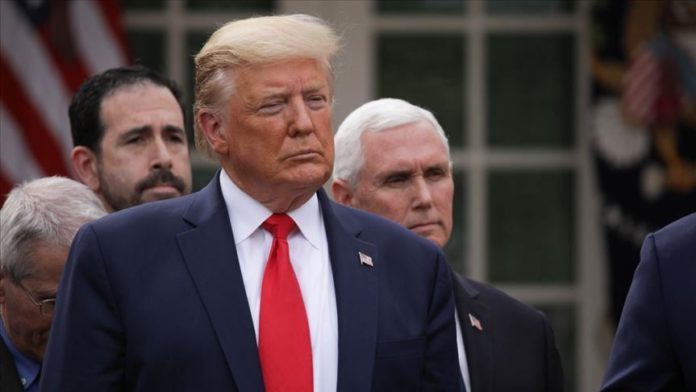 US President Donald Trump said Wednesday that the coronavirus pandemic is worse with the attacks on Pearl Harbor and the World Trade Center.

Trumo said the pandemic could have been stopped by China, but “it wasn’t.”

The U.S. is the country with the highest numbers of coronavirus infections and deaths in the world. Currently, the country has more than 1.2 million cases and greater than 72,000 deaths.

Pearl Harbor is a naval base near Honolulu, Hawaii, which was hit by a surprise attack by Japanese forces in December 1941. The bombing killed 2,403 Americans and drew the US into World War II.

Sept. 11, 2001 terrorist attacks, masterminded by killed al-Qaeda leader Osama bin Laden, led to the deaths of 2,753 people when the terror group hijacked commercial airplanes and slammed them into New York’s World Trade Center, destroying one of the city’s iconic landmarks.