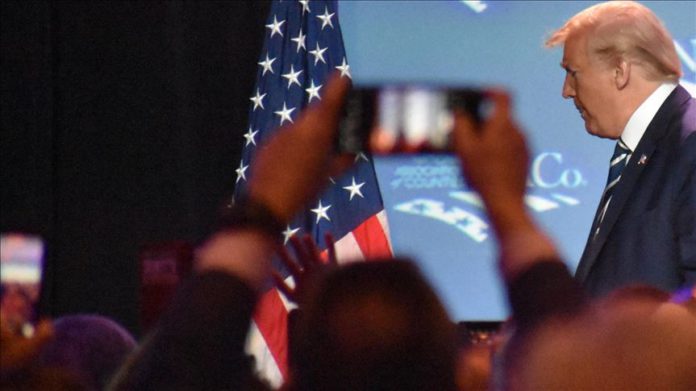 US President Donald Trump commuted the prison sentence of his longtime ally Roger Stone on Friday, days before Stone was to report to a federal prison to serve a 40-month term.

In a statement released, the White House described Stone as “a victim of the Russia Hoax that the Left and its allies in the media perpetuated for years in an attempt to undermine the Trump presidency.”

“In light of the egregious facts and circumstances surrounding his unfair prosecution, arrest, and trial, the President has determined to commute his sentence,” the statement said.

Stone was convicted of lying to Congress, witness tampering and obstructing a congressional committee proceeding.

Prosecutors argued Stone obscured his attempt to use intermediaries to get information that could help candidate Trump in the presidential election against Hillary Clinton.

The case against Stone was originally stemmed by special counsel Robert Mueller, the former FBI director who investigated Russian interference in the 2016 election.

His intervention comes after more than a year of the president calling the case a miscarriage of justice and a “witch hunt.”

Although Trump has granted pardons and commutations to a variety of political allies and supporters like the former New York police commissioner Bernard B. Kerik and former Governor Rod Blagojevich of Illinois, Stone is the first person directly connected to the president’s campaign to benefit from his clemency power.

US repatriates all American Daesh supporters from Syria

Turkey: Virus aside, university scholarships on the way