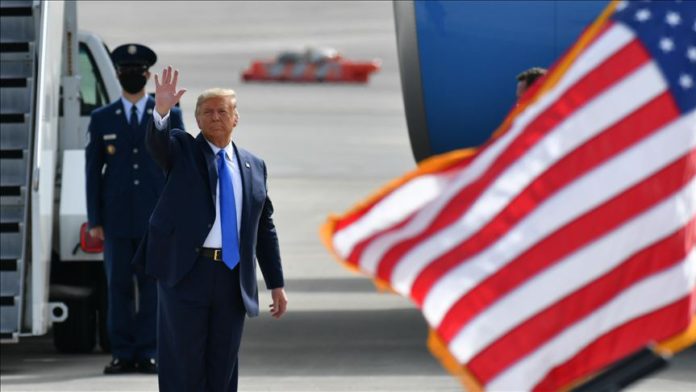 US President Donald Trump said Thursday that he did not remember being tested for the novel coronavirus on the day of the first presidential debate on Sept. 29.

“I don’t know, I don’t even remember. I test all the time,” Trump said in response to a question during a town hall meeting aired by NBC News.

The president took questions from voters in Miami, Florida during the meeting moderated by Today host Savannah Guthrie. It was held in place of a second debate which was scheduled for today but was canceled.

He was speaking as his rival, Democratic nominee Joe Biden, took questions from voters in Philadelphia at a town hall meeting aired by ABC News.

When he was again asked whether he tested for COVID-19 before the event, Trump said: “I don’t know, I don’t even remember…The doctors do it. I don’t ask them.”

Asked whether he knew if he got tested on the day of the debate, Trump said this time: “Possibly I did, possibly I didn’t.”

Trump tested positive on Oct. 1 along with first lady Melania Trump after one of his aides, Hope Hicks, was diagnosed with the virus.

Asked if he gets tested daily for the disease, Trump said he is tested “a lot.”

“I was in great shape for the debate, and sometime after the debate I tested positive,” he added.