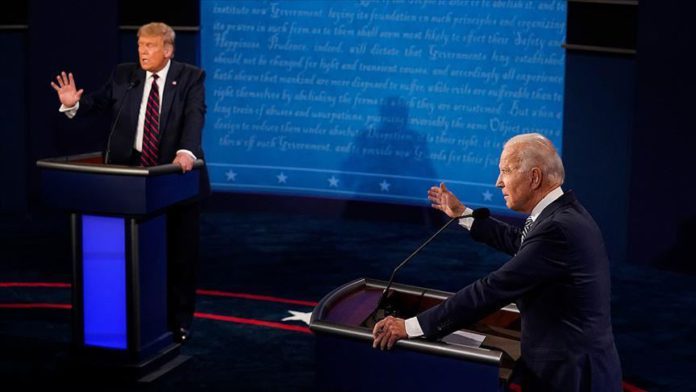 Hours after US President Donald Trump rejected a virtual presidential debate Thursday with Democratic candidate Joe Biden, his campaign proposed the remaining two debates to be delayed one week.

Trump’s campaign manager Bill Stepien, claimed in a statement that the Commission on Presidential Debates wants to protect Biden and he said Americans deserve to see the two candidates face off two more times.

“We agree that this should happen on October 22, and accordingly, the third debate should then be shifted back one week to October 29,” said Stepien. “Americans deserve to hear directly from both presidential candidates on these dates, October 22 and 29.”

The second debate was scheduled to take place Oct. 15 in Miami, Florida. A third is scheduled for Oct. 22.

The president said earlier in the day he would not waste time on a virtual debate after the commission announced that next week’s debate will be held virtually.

The first presidential debate Sept. 29 saw both candidates lock horns for 90 minutes, which repeatedly deteriorated into fiery exchanges and interruptions.

The Biden campaign swiftly rejected the Trump campaign’s proposal to delay the debates. “Trump’s erratic behavior does not allow him to rewrite the calendar, and pick new dates of his choosing.

“We look forward to participating in the final debate, scheduled for October 22, which already is tied for the latest debate date in 40 years. Donald Trump can show up, or he can decline again. That’s his choice,” it said.

Probability of higher Fed rate hike soars above 90% for March