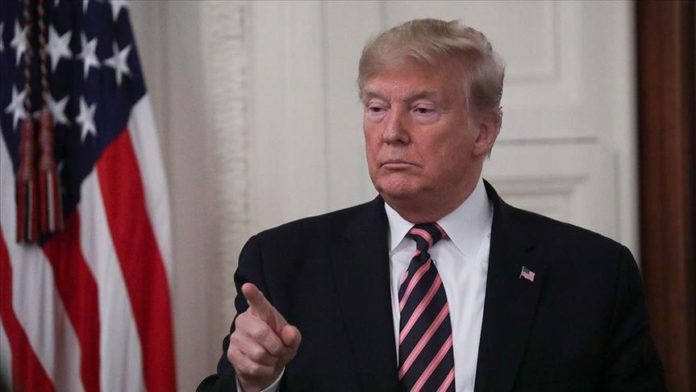 US President Donald Trump issued a stern public rebuke of his coronavirus task force coordinator on Monday, calling Dr. Deborah Birx “pathetic” after she issued a dire warning over the virus’s spread.

“So Crazy Nancy Pelosi said horrible things about Dr. Deborah Birx, going after her because she was too positive on the very good job we are doing on combatting the China Virus, including Vaccines & Therapeutics,” Trump said on Twitter, adding: “In order to counter Nancy, Deborah took the bait & hit us. Pathetic!”

Trump’s sharp denunciation of Birx comes as he continues to lag behind presumptive Democratic nominee Joe Biden in nationwide polling. A poll from the Associated Press-NORC Center for Public Affairs Research poll released last week showed Trump being hammered for his handling of the pandemic with under one-third of Americans supportive of his efforts.

Birx warned on Sunday that the novel coronavirus has become “extraordinarily widespread” in the US, hitting both rural and urban areas equally unlike its initial march through major urban centers earlier this year.

“To everyone who lives in a rural area you are not immune or protected from this virus,” Birx said bluntly during a CNN interview. “This epidemic right now is different, and it is more widespread, and it is both rural and urban.”

The remarks came after House Speaker Nancy Pelosi said during an interview with ABC News that she lacks confidence in Birx, saying: “I think the President is spreading disinformation about the virus and she is his appointee.”

The US remains the country with the highest number of known coronavirus cases and fatalities, according to data compiled by Maryland-based Johns Hopkins University.

In all, the running tally has counted nearly 4.68 million confirmed cases in the country and almost 155,000 deaths.