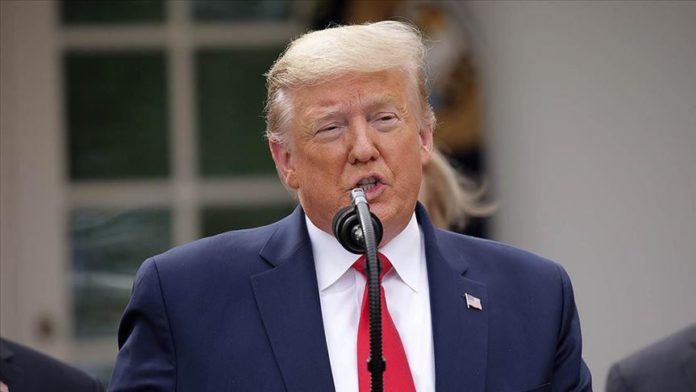 US President Donald Trump characterized a reported Russian bounty story by the New York Times a “hoax,” saying it does not exist.

Trump said on Twitter the story is a “Fake News tale” intended to damage the president and his Republican Party.

“The secret source probably does not even exist, just like the story itself. If the discredited @nytimes has a source, reveal it. Just another HOAX!,” he said.

The newspaper said Trump and the White House National Security Council gathered in late March to discuss the matter and weighed several responses, including a diplomatic complaint to Moscow demanding an end to the practice and escalating a series of sanctions.

Trump said Sunday that he, Vice President Mike Pence and White House Chief of Staff Mark Meadows were not briefed about the reported bounties.

In a subsequent tweet Wednesday, Trump said he was “never briefed because any info that they may have had did not rise to that level.”

The allegations prompted lawmakers to request the Trump administration brief related House of Representative lawmakers, causing Trump to come under fire for failing to take action against the claims.

National Security Adviser Robert O’Brien alo called the allegations a “hoax” and said “the president had been briefed about this unverified and uncorroborated intelligence and chose not to take action on it.”