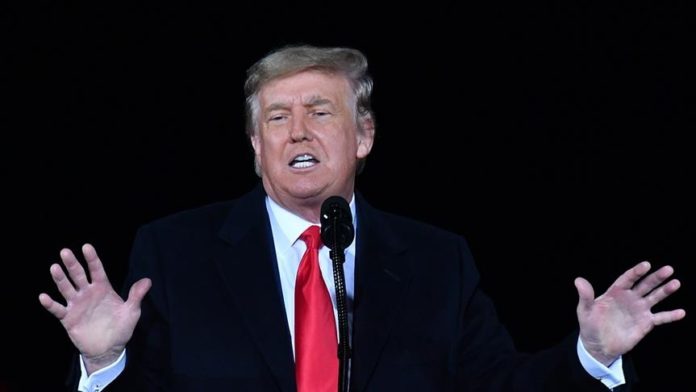 US President Donald Trump said Tuesday that a move to impeach him was a “continuation of the greatest witch hunt in the history of politics.”

The impeachment process started by Democrats, which he called “absolutely ridiculous,” is causing “tremendous anger,” Trump told reporters at the White House, marking his first comments after riots at the US Capitol.

He said that he wants “no violence.”

He blasted American tech giants, including Twitter, Facebook and Instagram for blocking his accounts because of “further risk of violence” and said it will be a “catastrophic mistake” for them.

“But I think the big tech has made a terrible mistake and it’s very, very bad for our country and that’s leading others to do the same thing,” he said.

Trump’s remarks came before leaving for the state of Texas to survey a wall along the border with Mexico.

Democrats in the House of Representatives entered a lone article of impeachment Monday against Trump, accusing the outgoing leader of attempting to foment insurrection for his role in last week’s deadly siege at the Capitol.

As expected, House Republicans blocked a separate effort urging Vice President Mike Pence to invoke the 25th Amendment, which allows for the removal of a president by his Cabinet if he is deemed unfit for office.

Proceedings will resume Tuesday when a floor vote may occur on the resolution.