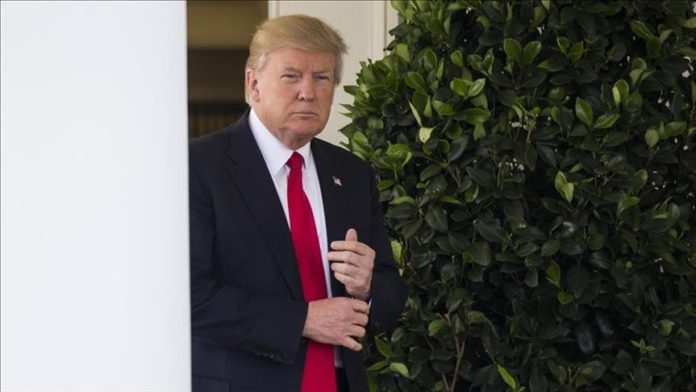 US President Donald Trump was briefed by his national security adviser two weeks ago about reports that China is offering to pay non-state actors to attack on US forces in Afghanistan, according to local reports.

The intelligence was provided to the outgoing president in his daily brief on Dec. 17, according to two government officials, while his national security adviser Robert O’Brien discussed it with him the same day, US news website Axios first reported Wednesday.

Multiple US agencies are currently working together to corroborate the intelligence, which the Trump administration has the intention of declassifying, the report said.

It is not yet clear whether Trump discussed the issue with Chinese President Xi Jinping, nor was the intelligence made available for members of Congress or President-elect Joe Biden.

The report comes three weeks before a potential administrative transition in the White House. During his four-year tenure, Trump initiated a trade war with China, put enormous pressure on Beijing, and on Sunday signed the Taiwan Assurance Act into law.

The US-China Economic and Security Review Commission report presented to Congress earlier this month also put forward that China is engaged in a global competition for power, influence and ideology with Washington, and wants to overtake the US in economy, technology, military and diplomacy.

It was also reported in June that Russia had secretly offered bounties for Taliban militants to target US troops in Afghanistan.

There are many people who for economic and political reasons do not want China to be the greatest threat to the US, John Ratcliffe, director of national intelligence, told conservative outlet Fox News in an interview early December.

“But the intelligence doesn’t lie. China is our greatest threat,” he warned. “No other country has the capability of essentially taking away the American dream and a specific plan to do so.”

Ratcliffe was nominated by US President Donald Trump and sworn in to replace Dan Coats on May 26.

The intel chief said China wants to dominate the world economically, technologically, and militarily, adding that it has already amassed the largest navy in the world.

Even though China knows the US is still the superpower, they “bank on the fact that we are not going to do anything until they are superior,” he added.

“Great generals always say it is better to fight downhill. Right now, the United States can fight downhill against China,” he said.

Despite acknowledging Russia as a “dangerous adversary,” Ratcliffe said it lacks the economic might to compete with the US.

“Russia is not in the top 10. Italy, Brazil, and the state of Texas have a larger economy than Russia,” he said.

One of 4 employees detained in Egypt, Hilmi Balci, released, says...