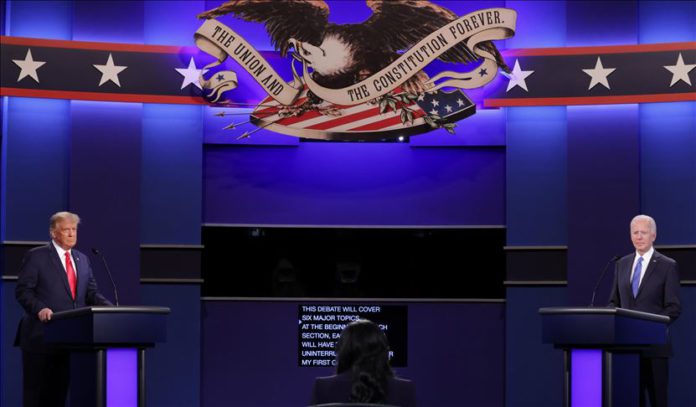 In their second and final debate of the presidential campaign, President Donald Trump and Democratic candidate Joe Biden clashed over the novel coronavirus less than two weeks before elections.

During the event at Belmont University in Nashville, Tennessee, Trump once again defended his approach to fighting the virus and claimed that fewer people have died from the “worldwide pandemic” than models predicted.

“And there are some spikes and surges in other places. They will soon be gone,” he said.

Biden recalled that more than 220,000 Americans are dead due to the disease and said: “Anyone who’s responsible for that many deaths should not remain as president of the United States of America.”

Biden claimed that the expectation is that “we’ll have another 200,000 Americans dead in the time between now and the end of the year” and that Trump does not have a comprehensive plan to fight the coronavirus.

According to Johns Hopkins University, the coronavirus has killed at least 223,000 people across the US and infected more than 8.4 million others.

The country continues to be the hardest hit in the world by the pandemic.